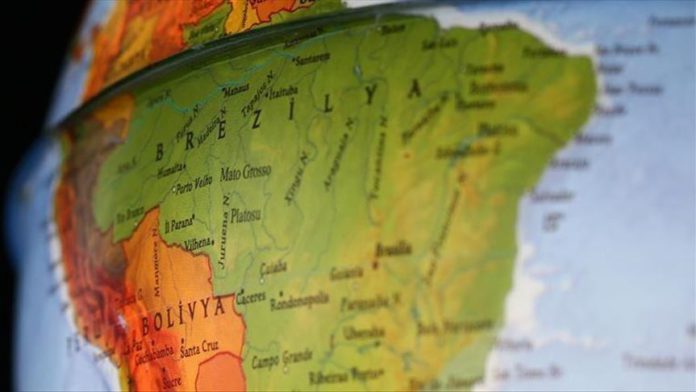 The groups supporting Bolsonaro, and others protesting against his “authoritarianism” met on Paulista Avenue, one of the city’s busiest streets, where they were dispersed by tear gas by police authorities who arrested three people, according to EFE news agency.

The demonstrations came at a time when Brazil has more than half a million confirmed cases of COVID-19 and over 29,000 deaths, the second country with the most cases in the world, only behind the United States, according to John Hopkins University figures.

And despite growing coronavirus numbers, the president insists governors must lift quarantine measures to save the country’s economy.

In the capital Brasilia, President Bolsonaro attended an event organized by his supporters, where he greeted and hugged many of the attendees, carried some children in his arms and posed for photos without wearing a mask, despite a decree issued by the federal government making the practice mandatory.

After greeting some 3,000 supporters, Bolsonaro rode a federal police horse and walked among the people.

The head of state is currently under criminal investigations for trying to illegally intervene in police inquiries being conducted by the Attorney General’s Office, and supervised by the Supreme Court.