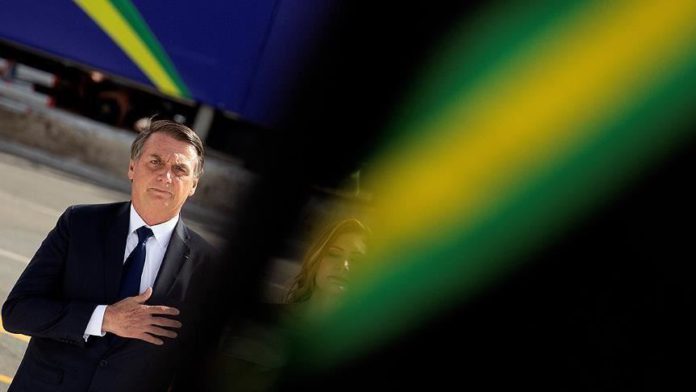 Eleven tons of urgently needed medical equipment donated to combat COVID-19 pandemic in Brazil has been stuck in China since the beginning of April due to diplomatic issues, according to Brazilian news outlet Folha De S. Paulo.

It is one of the many shipments awaiting bureaucratic clearance, it said, at a time when Brazil desperately needs ventilators and personal protective equipment to fight a skyrocketing number of coronavirus infections and deaths.

In a matter of weeks, confirmed cases of infection in the South American nation soared to nearly one million, with the death toll expected to top 50,000 in a day or two.

The pandemic has killed over 454,000 people worldwide, with the total number of infections surpassing 8.5 million.

Since bringing its coronavirus outbreak under control, China has been sending medical supplies and equipment to other parts of the world to help fight COVID-19, including Chile, Colombia, Venezuela and Argentina in South America.

Early April, then health minister of Brazil, Luiz Henrique Mandetta, said that the country’s attempts to purchase 15,000 ventilators from China fell through and the government is now exploring options to produce those devices domestically.

“Practically all our purchases of equipment in China are not being confirmed,” he said at a news conference, a week before he was fired by the Brazilian President Jair Bolsonaro over differences in tackling the disease.

Brazilian governors have resorted to unthinkable ways to import much-needed medical equipment, avoiding regular routes through Europe and the US, and bypassing even the federal government.

At first, everyone thought difficulty of getting things done stems from intense global competition for medical supplies at the height of the pandemic, rather than a response from China to Brazilian government’s anti-China rhetoric.

However, when the Brazilian newspaper O Globo published an op-ed by Li Yang, China’s consul general in Rio de Janeiro, in response to comments made by Member of Congress and president’s son Eduardo Bolsonaro, in which he referred to the coronavirus as the “China virus”, it was clear that the Asian nation was no longer very eager to supply Brazil as quickly as the country needs.

Li Yang slammed the president’s son who never hid his admiration for US President Donald Trump, accusing the young congressman of being “brainwashed by the United States.”

He went on to say that “should any country insist on being China’s enemy, we will be its most sophisticated enemy!” according to an analysis piece at the Foreign Policy magazine.

At around the same time, the Chinese embassy in Brazil denounced a tweet by Brazil’s Education Minister Abraham Weintraub, who accused China of profiteering from the pandemic.

Despite the coronavirus-related tension in bilateral relations, Brazil and China, the two members of the formidable BRICS bloc (Brazil, Russia, India, China, South Africa), are robust trade partners, especially in the era of a bitter trade war between the US and China.

In the Brazilian Amazon, for example, China has become the top buyer, trader, lender and builder in recent years to satisfy its growing need for beef and soy.

The intersecting interests of Bolsonaro who plans to open up the massive rainforest to economic activities at the expense of environment, and China, which aspires to tap into more of its resources can easily encourage both countries to bury the hatchet for the greater good.

When anger rises, think of the consequences, said the Chinese wise man Confucius centuries ago, a piece of advice both nations will likely heed.