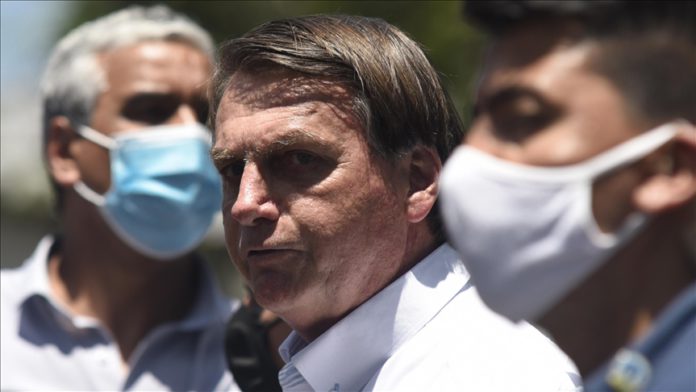 Brazil’s President Jair Bolsonaro said Wednesday that the purchase of syringes would be suspended due to price increases just as the pandemic is worsening in the country’s largest state, Amazonas, and the coronavirus death toll in Brazil is rapidly approaching 200,000, with over 7.8 million cases.

Bolsonaro also wrote that Brazilian states and municipalities have enough syringe stocks so that it is possible to start immunization against COVID-19, “since the amount of vaccines at first is not large.”

Brazil has approximately 210 million inhabitants and has yet to start vaccinating, with no date set.

In late December, under much pressure, a first attempt to buy syringes and needles for vaccination failed. Of the 331 million units the Ministry of Health intended to acquire, there was an offer for only 7.9 million in an electronic auction, which corresponds to roughly 2.4% of the desired units.

Listing a few countries that are already vaccinating their population such as China, Russia, the UK and the US, Bolsonaro wrote on social media that many of the nations had “only administered 10,000 doses each” of the Pfizer/BioNtech vaccine.

“Hence, the media fallacy as if they were vaccinating the entire population,” he wrote.

Bolsonaro, however, uses outdated figures and disregards countries with higher vaccination rates such as Israel (17.1%), the United Arab Emirates (8.3%) or Bahrain (4.2%).

With over a thousand people currently hospitalized with COVID-19 and a record number of new hospitalizations, the northern state of Amazonas is facing a new outbreak with crowded hospitals and cemeteries and business again closed.

The state’s 4 million inhabitants have entered the ‘purple phase’ of the pandemic, meaning a higher risk of contamination. Amazonas has nearly 205,000 confirmed coronavirus cases and more than 5,400 deaths. Bordering Venezuela, Colombia and Peru in addition to five other Brazilian states, Amazonas on Wednesday confirmed 1,928 new cases. The country registered 1,266 news deaths, the higher figure for a single day since August, 2020.

According to Amazonas’ Health Secretary Marcellus Campelo, the capital Manaus is being affected by end of year festivities which, according to him, were responsible for the increase in the number of cases.

Manaus has had peaks of COVID-19 hospitalizations since the first days of the year. The city has decreed a state of emergency for 180 days, which allows the hiring of professionals, services and the purchase of materials without bidding by the public sector.

Rosemary Costa Pinto, president-director of the state’s Health Surveillance Foundation (FVS-AM), said that between November and December, Manaus saw a 120% increase in the number of cases.

“Today, we have a moving average of 700 new cases every day,” she said.