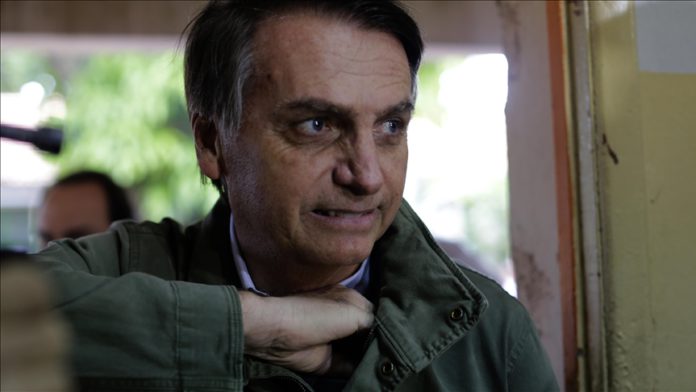 Brazil’s far-right President Jair Bolsonaro criticized a decision by Argentina’s Senate on Wednesday that gave women the right to decide on abortion.

In a post on Twitter, the evangelical head of government said he “deeply regrets the lives of Argentine children,” saying they are now “exposed to being cut from their mothers’ wombs with the consent of the State.”

A fierce supporter of a conservative agenda and the leader of the world’s biggest Catholic country, Bolsonaro also said that “if it depends on me and my administration, abortion will never be approved on our soil.”

“We will always fight to protect the lives of the innocent!” he added.

In the midst of a largely criticized management of the coronavirus pandemic, with the revelation that his government was unable to buy more than 2.4% of the syringes needed for COVID-19 vaccines, Bolsonaro was criticized for his remarks on Argentina’s law.

Earlier, Foreign Affairs Minister Ernesto Araújo also spoke out against Argentina’s decision using social networks. With no direct mention of Argentina but sharing a news article on the Senate vote in Buenos Aires, he wrote that Brazil will remain in what he called “the vanguard of the right to life and in the defense of the defenseless.”

According to Araújo, this will happen “no matter how many countries legalize the barbarity of indiscriminate abortion disguised as ‘reproductive health’ or ‘social rights.'”

Since Alberto Fernández was elected as Argentina’s president, the country’s relationship with Bolsonaro’s Brazil has been marked by rudeness, offenses and a rare silence in the traditional relationship between the Latin American neighbors.

Brazilian Minister for Women, Family and Human Rights Damares Alves wrote that she “thanks God that our country is mostly pro-life.”

She also said the current government “works to protect the lives of our children even before they are born,” noting this is “the will of the people.” ​​​​​​​

Alves was harshly criticized a few months ago when a 10-year-old girl became pregnant after being raped by her uncle. Alves’ team was accused of trying to interfere and prevent the child’s abortion, which in this case is considered legal in Brazil.