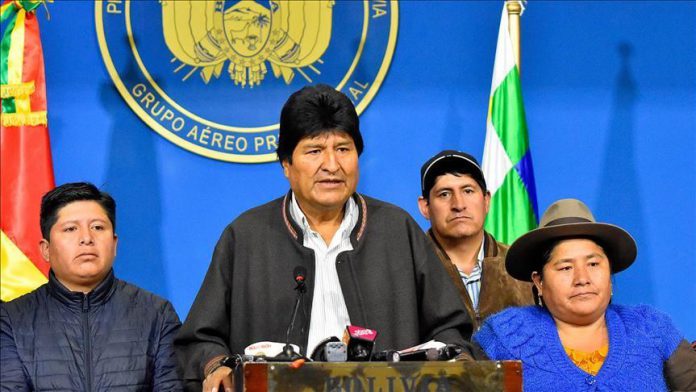 Bolivian President Evo Morales resigned Sunday, shortly after the head of the country’s armed forces called on him to step down.

“I resign my post as president,” Morales said in a televised address.

During his speech, he slammed the “capitalist system” and vowed to continue fighting for Bolivian democracy.

“This doesn’t end here,” he asserted.

Notably, Vice President Alvaro Garcia Linera also resigned after the military’s intervention, which Morales referred to as a ‘coup’ against his elected government.

In a televised statement, Army Chief William Kaliman urged Morales to resign in order to restore security in the country.