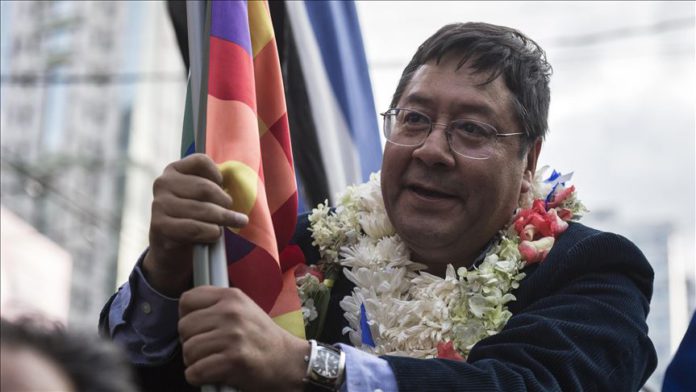 As Bolivia’s president-elect Luis Arce prepared to be inaugurated on Nov. 8, the de facto government attempted to make last-minute decisions Thursday before leaving the Palacio Quemado, the Bolivian presidential palace.

After an encounter between the incoming and outgoing administrations over the guests that will be invited to the inauguration, Venezuelan President Nicolas Maduro and Argentina’s President Alberto Fernandez will finally attend the event.

The outgoing government had previously announced that it would not invite Maduro, a close ally of former Bolivian President Evo Morales, to Arce’s inauguration. In fact, interim President Jeanine Anez’s conservative government said it had in turn invited Venezuelan opposition figure Juan Guaido, claiming it does not recognize Maduro as Venezuela’s rightful leader.

Argentine leader Fernandez, on the other hand, never recognized the president of the de facto government of Bolivia, Anez, and gave Morales refuge after he was forced out of Bolivia following the disputed election results of October 2019 and the release of a report from the Organization of American States (OAS) which alleged irregularities in the electoral process.

However, the outgoing Foreign Minister, Karen Longaric, confirmed that Maduro and Fernandez would attend the event and said that although her ministry did not invite them, they would be treated as heads of state.

She also said Thursday that the Movement Toward Socialism party of president-elect Arce “tarnished” a government transition by approving a motion in parliament recommending that Anez and her ministers face justice for responsibility over last year’s unrest which left around 30 people dead in several regions of the country between October and November. She said the possible trial generated “unnecessary tensions” days before the inauguration.

Arce will be accompanied by Vice President-elect David Choquehuanca in a ceremony attended by several friendly leaders. The duo will inherit a dire economic situation arising from the coronavirus pandemic. Yet Arce’s prior performance as Morales’ economic minister is a reason for optimism for many in the country.

Arce has not yet decided how to shape his new cabinet, but dozens of leaders and representatives of social sectors have expressed their interest in participating in the government. Arce — half in jest, half in seriousness — has said that at least 140 ministries will be required for everyone to be able to participate.

Chile’s President Sebastian Pinera, Paraguay’s President Mario Abdo Benitez and Spain’s King Felipe VI as well as a representative from Iran have already confirmed they will attend the inauguration.

Former president Morales has already confirmed that he will return to Bolivia on Nov. 9 after a judge annulled an arrest warrant which had been issued against him last year for alleged sedition and terrorism.