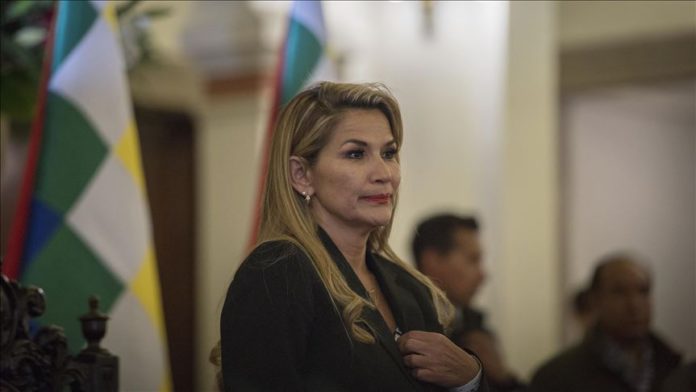 Bolivia’s interim President Jeanine Anez announced Thursday that she is withdrawing her candidacy for the Oct. 18 presidential election.

“Today I withdraw my candidacy for the presidency of Bolivia, to take care of democracy. It is not a sacrifice, it is an honor,” the right-wing president said in a video she posted on Twitter.

The conservative leader made the announcement after two polls placed her far behind the leading candidates, socialist Luis Arce and centrist Carlos Mesa. She was in fourth place in the polls amid criticism of her handling of the coronavirus epidemic.

After the resignation of Morales in November 2019, Anez declared herself the country’s interim president without having a quorum in parliament.

Anez vowed to hold new elections as soon as possible when she came to power, but she has postponed the polls originally scheduled for May 3 due to the pandemic, for which the opposition accused her of seeking to delay the vote to increase her election prospects.