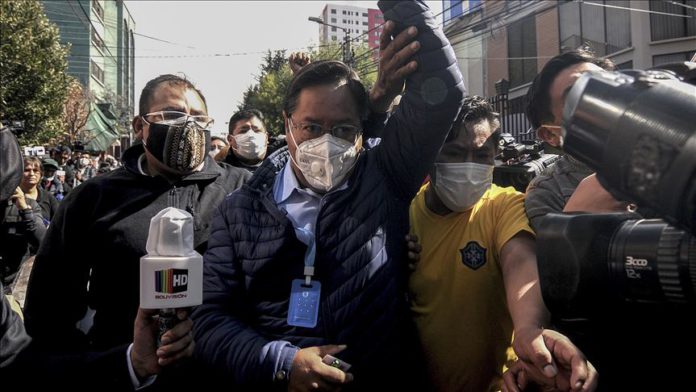 “The people voted freely and the result was clear and overwhelming, which gives great legitimacy to the incoming government, the Bolivian institutions and the electoral process,” Manuel Gonzalez, the head of the observer mission in OAS, said late Wednesday in a preliminary report of the organization.

While former centrist President Carlos Mesa had 29%, the right-wing’s Luis Fernando Camacho received 14% of the votes, according to the official count.

“Thanks to the audit report made after last year’s elections, today the country has an independent electoral authority and had a more equitable and transparent contest,” Gonzalez added.

He was referring to a 2019 report of OAS in which the organization denounced “manipulation of votes” after exit polls showed Morales as a winner in the first round for a fourth consecutive term.

The report led to political unrest in the Latin American country and the resignation of Morales in the following weeks. He moved to Mexico, where he was offered political asylum and then granted asylum in Argentina.

“The autonomy and independence of the electoral body was clear and made a great difference compared to the cooptation suffered by the previous court,” the senior OAS official added.