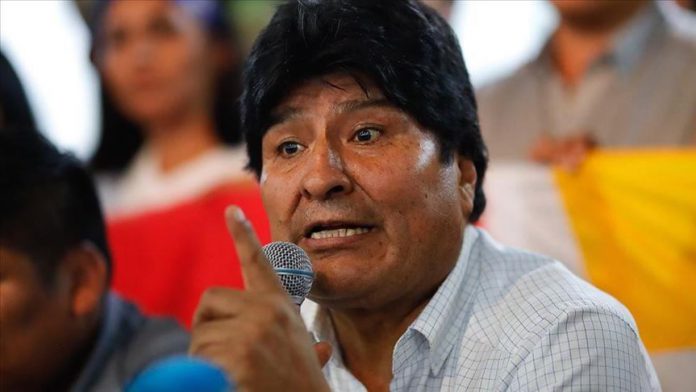 Bolivia’s former leader Evo Morales said on Friday that there are no legal obstacles before his nomination as a lawmaker in the May 3 elections.

“First, the coup plotters were afraid of my candidacy for the presidency. Now they fear being nominated as a deputy or senator,” Morales said on Twitter, referring country’s de facto government led by Jeanine Anez.

“Legally, nothing prevents me from being a candidate, but the coup plotters want to outlaw me and silence me, but they won’t succeed,” he said.

Trump: US will host next G-7 summit at Camp David