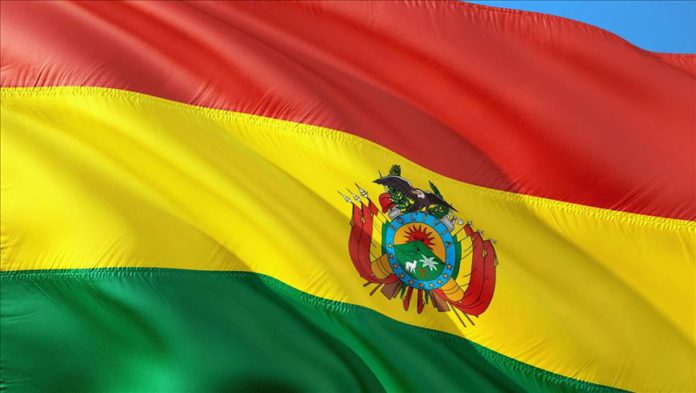 Bolivia’s delayed presidential election will be held on Oct. 18 as scheduled despite calls from various political sectors that polls be held earlier.

Amid the coronavirus outbreak, tensions have escalated between the government and the opposition.

The interim right-wing government enacted a law that mandates elections will be held next month, while the opposition accuses President Jeanine Anez of seeking to delay the vote to increase her election prospects.

Thousands of supporters of former President Evo Morales set up roadblocks weeks ago demanding that elections be held on Sept. 6.

The roadblocks paralyzed the nation, causing food shortages and delayed the transport of critical medical supplies for the coronavirus pandemic that has infected 119,000 and left more than 5,000 dead in Bolivia.

There are eight candidates officially registered in the first-round vote but only three are eligible to win.

Arce, who was picked by Morales, is poised to win the election, according to Spanish economist and political analyst Alfredo Serrano.

“Arce needs much less to win in the first round than Mesa needs to force a second one,” he said.

“Arce could still manage to convince a sector that does not have an opinion about him,” added Serrano, who claimed Arce is after voters of candidate Chi Hyun Chungan, an evangelical pastor of Korean origin, with whom he shares common ideas and proposals.

Serrano said Mesa will try to convince all those who do not want MAS to come to power.

“This worked in the October election last year, but not so much as to force a second round. He was 10.3 points behind,” he said.

For Anez, winning the elections will not be easy because she will be affected by split votes with ultra right-wing candidate Fernando Camacho, who said he would not give up his candidacy or seek alliances with other political fronts.

All candidates suggest Anez mishandling of the coronavirus has exacerbated income inequality in an already poverty stricken nation – accusations that have weakened her political aspirations.

According to CELAG, 59.8% of Bolivians have a negative opinion about measures adopted by the government during the pandemic.

Due to the foreseeable return of the left to power, different political forces presented a formal complaint in July against MAS to cancel its legal status.

They argue Arce published the results of a pre-election poll, something Bolivian law prohibits. The Supreme Electoral Tribunal has not issued a ruling on the matter.

Meanwhile, Morales has been accused of sexual abuse by the justice ministry after photographs showing him with a young woman were recently published in newspapers. The woman, now 19, was reported to be a minor when their relationship began.

And in what appears to be a strategy to torpedo the political aspirations of Mesa, Anez asked Mesa to refer publicly to the criminal charges against Morales.

“I am indignant when other candidates keep quiet, undermine and do not show that this issue is very sensitive and should also outrage them. That is why I address Carlos Mesa once again: speak out, Mr. Mesa, show the indignation that all women feel with these accusations of rape or abuse of girls, do not hide as you did in November, do not hide as you did a few weeks ago ” said Anez referring to the roadblocks.

Mesa said Anez is deploying a dirty war because she has no chance of winning.

MAS said the accusations only seek to generate “a political-electoral impact” that is negative to the campaign.

As things stand, it is likely that MAS’ presidential candidate, Arce, will face Mesa in a second presidential round in November.
The source of discord

Bolivia seeks to resolve a social and political crisis that broke out the election one year ago when the Organization of American States (OAS) regional bloc issued a report on irregularities in the Oct. 20, 2019 election as Evo Morales was declared president for a fourth consecutive term.

Morales announced he would call new elections and renew the entire electoral body. But after the armed forces and police forced him to resign, Morales, who is exiled in Argentina, and Vice President Alvaro Garcia, stepped down.

Anez, the second vice president of the Bolivian Senate and a Morales critic, was proclaimed interim president Nov.13, during a Senate session without a quorum.

1 in 3 children poisoned by lead across globe