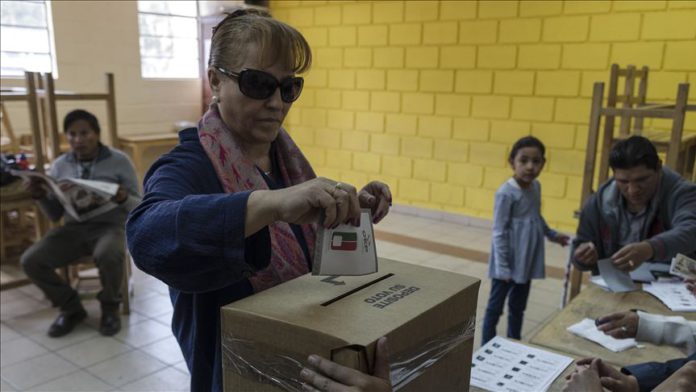 Bolivia’s Supreme Electoral Tribunal (TSE) announced Thursday that the general elections have been postponed to Oct. 18, instead of Sept. 6.

“Respecting the requirement of the law and so that the electoral process takes into account scientific standards and adopts health safety measures, the Supreme Electoral Tribunal has decided to set the voting date for the 2020 general election on Sunday, October 18, 2020,” the president of Bolivia’s TSE, Salvador Romero, announced.

This is the second time elections are postponed due to the COVID-19 outbreak.

On March 21, the TSE announced the suspension of the general elections scheduled for May 3 due to the pandemic. Days later, the country’s electoral body called elections for Sept. 6.

Elections for president, vice president, deputies and senators have been pending in Bolivia since the October elections were annulled last year, after Evo Morales who was declared the winner for a fourth consecutive term, left the country amid allegations of fraud, accusations that are under judicial investigation.

Morales has denounced he was forced out of power by a coup d’état amidst pressure from the military to overthrow him. He says that the suspending elections is a ploy to consolidate the interim government’s power and delay the return to democracy in Bolivia.

“If the Supreme Electoral Tribunal postpones the elections, it’s another blow against democracy. The people have patiently endured two postponements. The goal is to extend the de facto government,” Morales wrote on Twitter from exile in Argentina minutes before the court announced its decision.

Morales’ Movement Towards Socialism (MAS) party has denounced that the electoral process has been marked by irregularities and violations against MAS leaders by the government led by far-right Jeanine Anez.

In February, the TSE barred Morales from participating in the elections and disqualified him as a candidate for senate.

Last Sunday, the MAS political force said different political forces are pressuring the TSE to cancel the party’s legal status to prevent them from participating in the elections.

This is “a new attempt to ban the party representing the original indigenous peasant movement, workers and popular sectors, therefore, a state of emergency is declared”, MAS said in a statement.

The party says the change in the election date will generate confrontations and chaos among the Bolivian population, which will increase the risk of contagion.

US thanks Yemen for easing oil blockade on Hudeydah