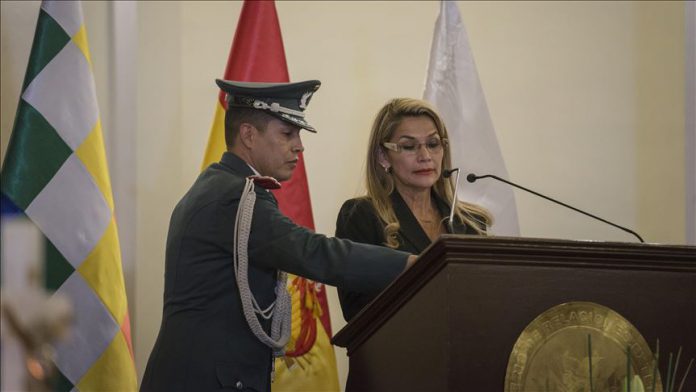 “With the deepest feeling of being a Bolivian, I congratulate the Army of Bolivia on its 209th foundation anniversary which always knew how to defend our integrity and our red, yellow and green colors,” Jeanine Anez said in a Twitter post.

Her message came a day after she appointed Sergio Carlos Orellana Centellas as the new commander in chief of the armed forces, to replace Williams Kaliman, the commander behind what former President Evo Morales calls a coup.

Gen. Pablo Guerra was appointed as

Evo Morales sets date for his return to Bolivia