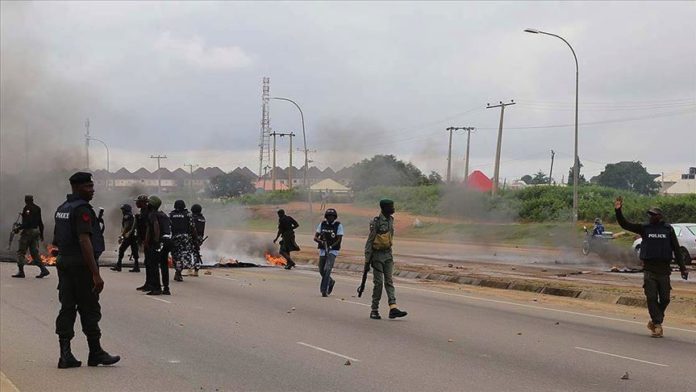 Boko Haram terrorists in northeast Nigeria have killed dozens of civilians in an attack on a remote village.

The attack occurred could not immediately be recognized until early Wednesday due to a loss of telephone service in the area.

“They came on gun trucks, four-wheel-drive vehicles and motorcycles on Tuesday afternoon, ordered the villagers out of their houses and shot about 69,” Ali Saleh, local security personnel in Maiduguri, the provincial capital, told Anadolu Agency.

Residents said more than 1,000 cattle and livestock were also carted away by the terrorists, who also razed the village, residents said.

There was no official reaction from either the government or military in the area.

State Governor Babagana Zulum left Maiduguri on Wednesday morning to assess the scene of the attack some 87 kilometers (54 miles) away.

Footage of the attack believed to have been released by Boko Haram shows scores of dead bodies on the ground and ruins of the village.

Boko Haram terrorists attacks have killed over 30,000 and displaced about 3 million people since July 2009, when the violence started in the country’s northeast states Borno, Adamawa and Yobe, across an area roughly the size of Belgium.