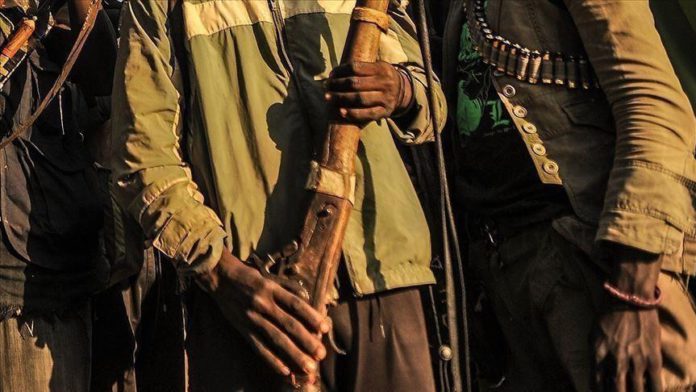 At least 14 people have been killed in a Boko Haram attack in northern Cameroon, an official said on Friday.

“Twelve farmers from Mozogo in the Mayo Tsanaga area were killed in an attack by Boko Haram at around 1 a.m. [0000GMT],” Midjiyawa Bakari, governor of the Far North Region, told Anadolu Agency.

“Boko Haram terrorists stormed the village, firing shots in the air. Villagers fled to a park, where Boko Haram fighters brought a girl strapped with explosives,” he said.

“Twelve villagers, the young suicide bomber, and a Boko Haram terrorist were killed in the explosion, while two more people were seriously injured.”

Based in Nigeria near the Cameroonian border, Boko Haram terrorists regularly attack civilians and military posts in northern Cameroon.