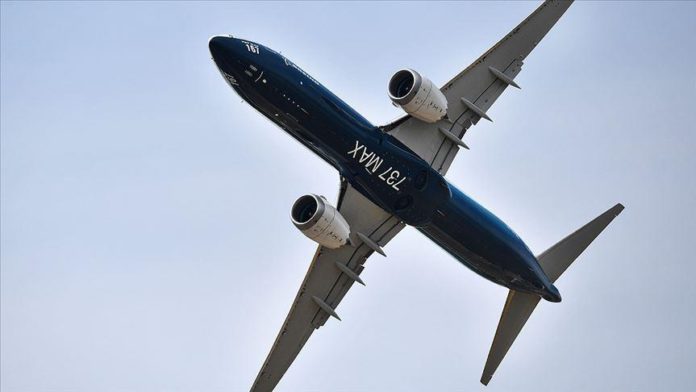 US airline manufacturer Boeing has agreed to pay more than $2.5 billion to settle a criminal charge related to the 737 Max scandal, the Justice Department announced Thursday.

The airplane was grounded worldwide for nearly two years after it was tied to two crashes that claimed the lives of 346 victims. It returned to the air Dec. 29 for its first commercial voyage after being cleared by federal regulators in November.

Under the deal Boeing struck with prosecutors, the company agreed to a deferred prosecution on one count of conspiracy to defraud the Federal Aviation Administration. The financial penalty largely consists of compensation payments to 737 Max customers who will receive $1.77 billion.

In addition, the company has agreed to set up a $500 million fund to pay crash-victim beneficiaries, including heirs and relatives, and will pay a $243.6 million in criminal fines, the Justice Department said in a statement.

In announcing the agreement Acting Assistant Attorney General David Burns said Boeing “chose the path of profit over candor by concealing material information from the FAA concerning the operation of its 737 Max airplane and engaging in an effort to cover up their deception.”

“This resolution holds Boeing accountable for its employees’ criminal misconduct, addresses the financial impact to Boeing’s airline customers, and hopefully provides some measure of compensation to the crash-victims’ families and beneficiaries,” he said in a statement.

The plane was grounded in March 2019 after its automated flight control system was linked to the crashes of Lion Air flight 610 in Indonesia and Ethiopian Airlines Flight 302 in Ethiopia. Pilots in both tragedies struggled to override the system after it incorrectly activated shortly before the crashes.

Prior to the grounding, the 737 Max had been Boeing’s top-selling aircraft, but after it was ordered to remain out of the skies, several companies either cancelled or dramatically altered their purchases.

The company’s fortunes appear to be changing, however, with some companies placing new orders for the aircraft. Chief among them, Alaska Airlines has ordered an additional 23 737-9 aircraft, bringing its total fleet to 120, Boeing announced Dec. 22.