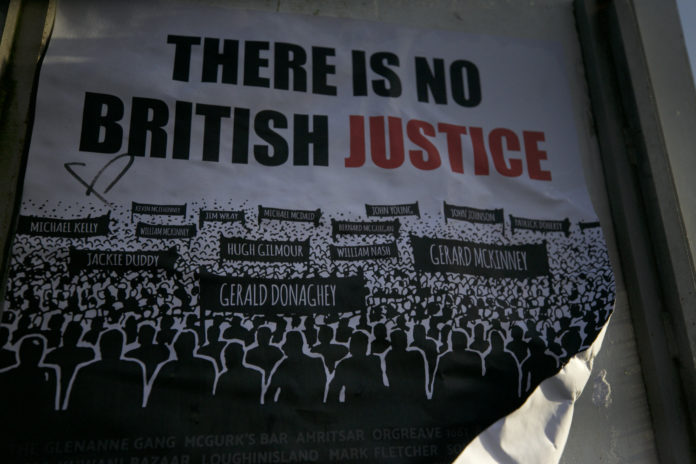 As one of the worst massacres in British history reaches its 50th anniversary, the pain caused for families of the victims still runs deep.

A British elite parachute regiment shot 13 civil rights marchers dead on the streets of Londonderry (Derry) on Jan. 30, 1972, and the days, weeks and years that followed the Bloody Sunday massacre would only bring more chaos to Northern Ireland.

Anadolu Agency traveled to the northeastern city in Northern Ireland and witnessed how the sorrowful families still mourn their killed loved ones.

‘Terrible day for my family’

“For me, it’s very sad that, you know, my father would have been here, had he lived,” said Caroline O’Donnell, the eldest daughter of Patrick O’Donnell who was killed during the infamous massacre.

Expressing her sadness, O’Donnel said: “He would have been able to — he was only 32 on the day, with six children, the youngest being eight months. And it was just a terrible, terrible day for the city, but for families and my family, you know, so that it’s just very mixed emotions, a lot of sadness.”

She added: “Very proud of my father and the fact of, you know, the man that he was. He was very much a family man.”

Looking back on the day, she said her memories are still vivid.

“I was at home, looking after the children. I wanted to go to the march but daddy wouldn’t allow me so I wasn’t speaking to him,” she said with a smile.

But her smile quickly faded as she spoke about the rest of the day.

“We found out that my father was shot. I’d heard it from somebody in the street. I didn’t know what was going on. And mama can tell us they had died. And it just devastated the whole family, devastated me as the oldest. I was very close to my father.”

Speaking about hope for justice for her father and the other victims, O’Donnell said she did not have a lot of faith.

“To be honest, I can’t … I don’t know. Hopefully, justice will be done. But it’s just taken so long. It’s so dragged out,” she said, adding that the process was being stalled.

Karen Doherty, the daughter of Patrick Doherty, who was shot by British soldiers on Bloody Sunday and miraculously survived, draws a very vivid picture of her memories of that day.

“I kept thinking, ‘please don’t let any cars come up the streets,’ and one eventually did,” she said.

“Two fellows came up to our front door. They ran off quite quickly and asked is this is Mahon’s house? And I was so relieved and I said: ‘No, they live.’ I pointed to where they lived on another street because John Mahon was also shot and wounded on Bloody Sunday.”

“So then, a few minutes later, the same car came back and it was the two guys asking did I have ‘a photograph of my father?’”

“And I know mommy came in and gave a photograph and they were able to confirm that my father had been shot and was wounded. And he had suffered head injuries because after they shot on, they use the butts of their rifles and he had had head injuries. So, my mother and I had to go to hospital. We didn’t know if my father was going to survive,” she said.

said her family was lucky to have her father back.

“Feeling so blessed that my daddy got to come home. Although he came home, probably a different person, psychologically wounded, emotionally wounded, mentally wounded, but he got on with his life and gave us a fantastic life mum and he built together.” 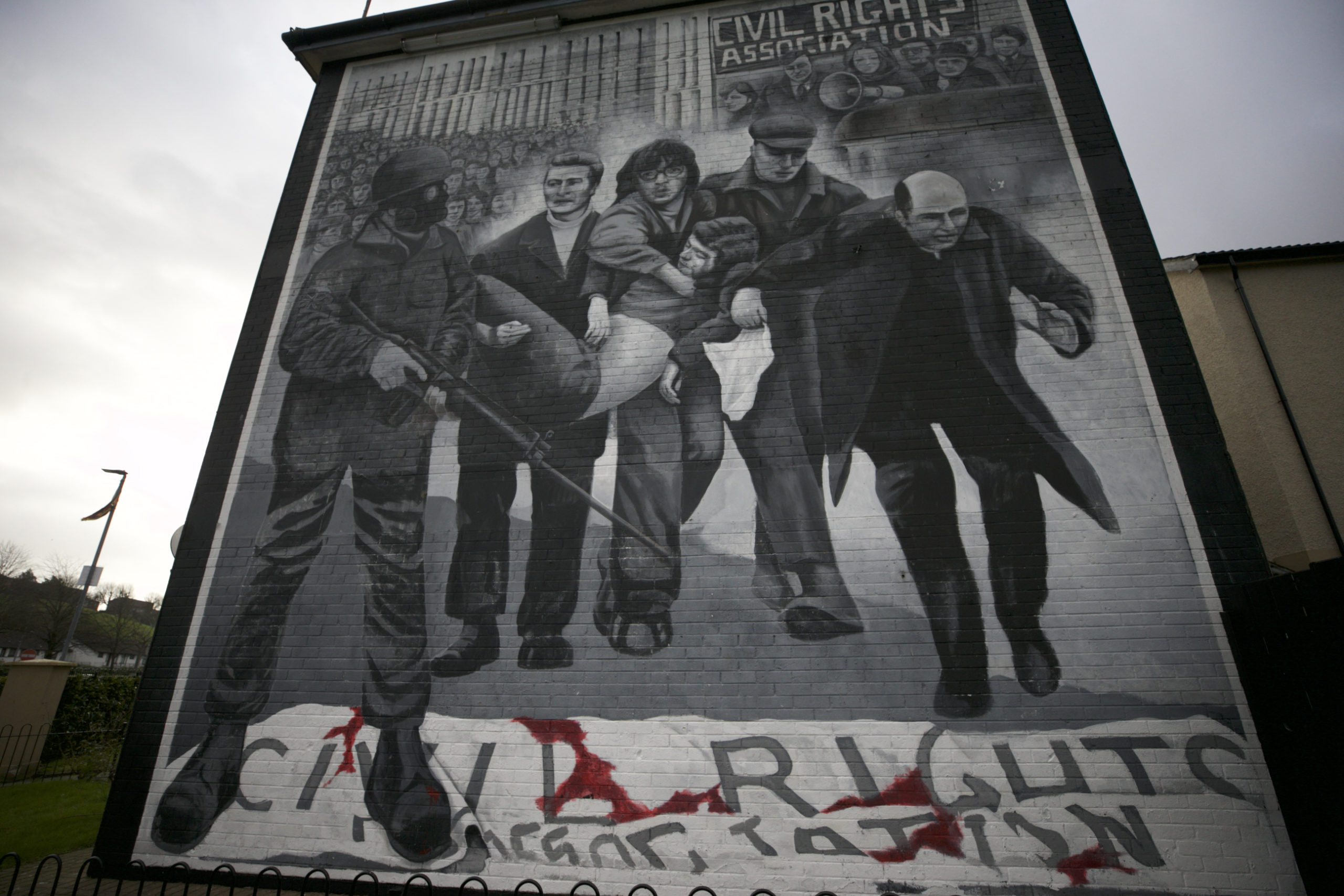 Derry was the scene of the infamous massacre in 1972 when British soldiers shot 27 unarmed people during a civil rights protest. Thirteen were left dead on the streets with wounds from the soldiers’ fire. A fourteenth victim died months later.

Anger about Bloody Sunday spread across the world as it was recorded by television crews and generated a wave of recruits for a resurgent Irish Republican Army (IRA).

The killings accelerated Northern Ireland’s descent into conflict between the British government and pro-British paramilitaries on one side and Irish Republicans and nationalists on the other.

The UK government initially claimed that the soldiers were responding to gunfire from nearby buildings — a finding that was supported by an early investigation called the Widgery Report.

But after years of pressure from victims’ families, the 12-year Bloody Sunday Inquiry, also known as the Saville Inquiry, found that the victims had not posed a threat to the soldiers.

In June 2010, then-Prime Minister David Cameron issued an official apology for the killings on behalf of his government, confirming that those killed were innocent victims.

He said the killings were “unjustified and unjustifiable.”

The 1998 Belfast peace deal — dubbed the Good Friday agreement — largely saw the end of the violence, known as the Troubles, in which more than 3,500 people lost their lives.

The 50th anniversary of Bloody Sunday is remembered in Londonderry and other corners of Northern Ireland and the UK with special events throughout the week. 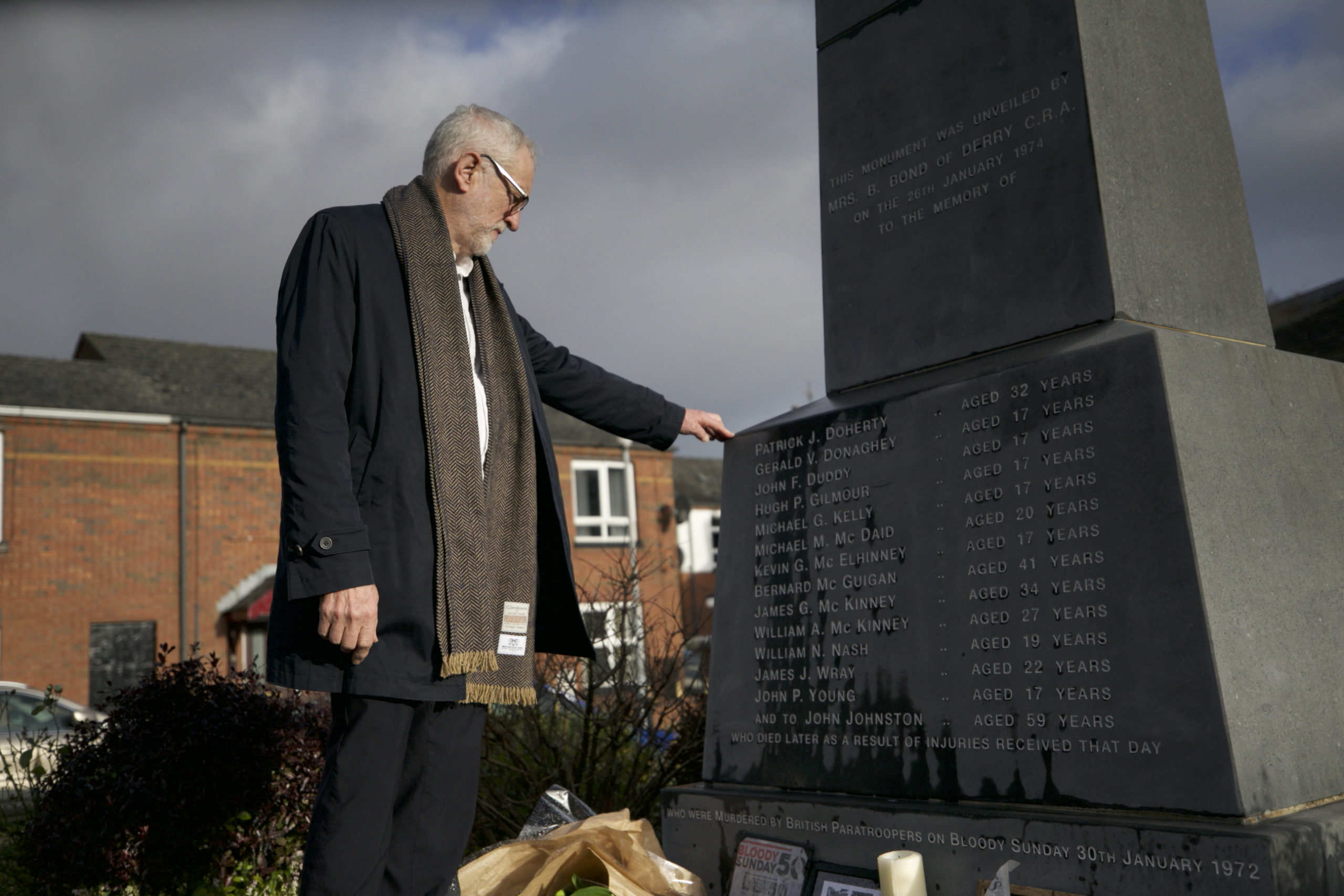