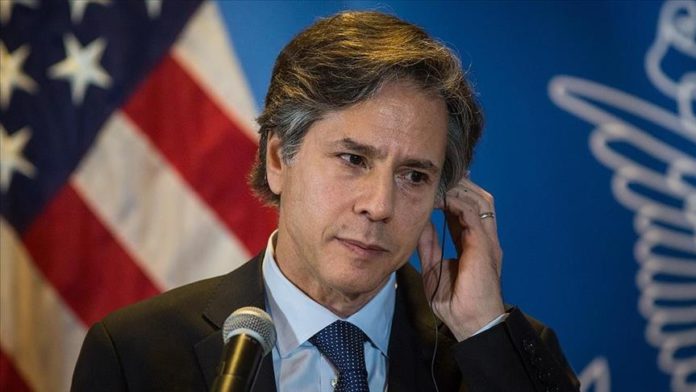 US Secretary of State Antony Blinken met Friday with his counterparts in Mexico and Canada as part of his first virtual visit abroad.

Blinken said he wanted to “visit” Mexico first to “demonstrate the importance that we attach, President [Joe] Biden attaches, to the relationship between our countries,” during his talk with Mexican Foreign Secretary Marcelo Ebrard,

“It’s hard to think of a more important relationship and two countries that are more in so many extraordinary ways intertwined and really do have a shared destiny that it falls upon us to help advance,” he told Ebrard.

The Mexican diplomat said Mexico recognizes the initiatives of Biden, which he said are being done in recognition to the Mexican community.

“We understand we will be tackling together common challenges and we plan to move forward with our concrete proposals, especially regarding North and Central America and our current situation,” said Ebrard.

Blinken also met with Mexican Secretary of Economy Tatiana Clouthier who said the relationship between Mexico and the United States is not just a relationship of friends, neighbors, and trade partners.

“We share more than that. We share a huge border, which has had us be united for such a long time. We have had achievements between our two nations, not only speaking of trade in our trade relationship; we had over 538 million daily trade exchanges,” said Clouthier.

Garneau praised the relationship between the two nations as “balanced, fair, and highly complementary in many areas including the manufacturing, technological, agri-food, and energy sectors, just to name a few.”

The State Department said the two leaders discussed initiatives on energy, jobs and consumer protections for the benefit of the economies and peoples of Canada and the US.