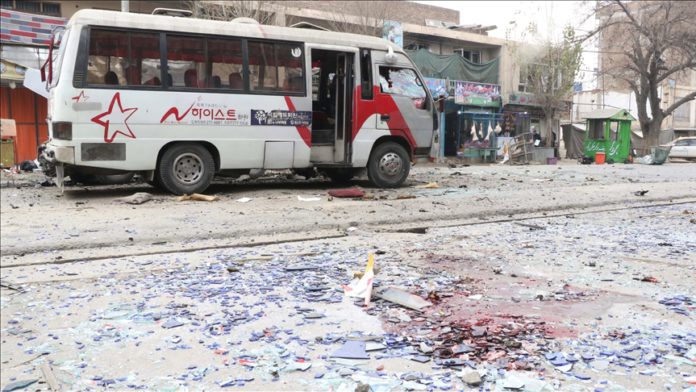 A government vehicle was targeted in the Afghan capital of Kabul on Monday, hours after a police patrol came under an attack, officials confirmed.

According to sources in the Health Ministry, at least six people were injured. No casualties were caused by a similar explosion earlier in the day.

The attacks come as authorities announced doubling police force in the wake of a string of identical bombings.

Violence in the war-torn country has risen in recent weeks, with an uptick in attacks on journalists, activists, as well as officials.

According to figures by the Interior Ministry, at least 23 civil society activists, six journalists and 400 civilians have been targeted in the past three months.

The second round of intra-Afghan peace talks in Doha, Qatar is set to begin on Jan. 5, 2021.