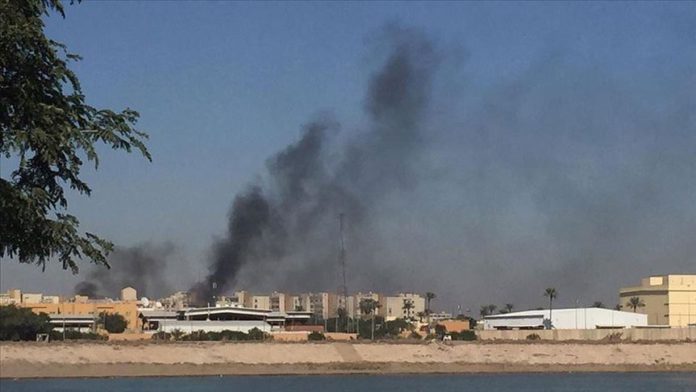 A British diplomat vehicle came under attack in the heavily-guarded Green Zone in the Iraqi capital Baghdad on Tuesday, according to a local security source.

The vehicle struck an explosive device while en route from the Baghdad airport to the Green Zone, the source said on condition of anonymity because he was not authorized to speak to the media.

No injuries were reported in the attack, which only caused damage to the diplomatic vehicle.

There was no claim of responsibility and the Iraqi authorities have yet to comment.

The attack came shortly after unidentified militant fired three Katyusha rockets toward the Green Zone without causing any casualties.

The Green Zone, a highly fortified area in the capital where government headquarters and foreign missions are located, comes under attack from time to time.

Shia armed factions, including the Iraqi Hezbollah Brigades, have threatened to target US forces and interests in Iraq if “Washington failed to withdraw forces from the country.”