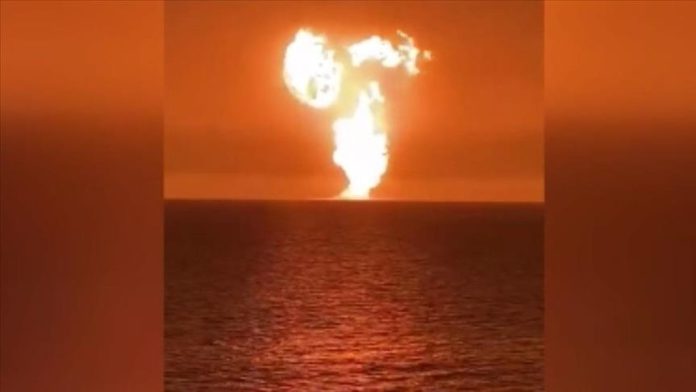 A strong explosion occurred in the Caspian Sea on Sunday near the coast of Azerbaijan’s capital city of Baku.

The country’s Ecology and Natural Resources Ministry and Republican Seismic Survey Center of the Azerbaijan National Academy of Sciences are carrying out an investigation into the blast, the ministry said.

No casualties have been reported according to preliminary reports.

Footage of the explosion, which could be seen with the naked eye from Baku, was shared on social media.

Ibrahim Ahmadov, deputy head of the public relations and events department at Azerbaijan’s state oil company SOCAR, said no force majeure had occurred on marine platforms and at industrial facilities under the direct control of the company, adding operations are continuing as usual.

The Emergency Situations Ministry in a statement said that during the day, it “did not register a single signal about incidents at the oil infrastructure or industrial facilities” in the country.

Meanwhile, some experts in the country said the explosion was related to a volcanic eruption.

“There are signs of a mud volcano erupting. An investigation is underway,” said Gurban Yetirmishli, head of the Republican Seismic Survey Center.

Authorities in the energy sector meanwhile said the explosion occurred in a tanker in the Umid gas field.