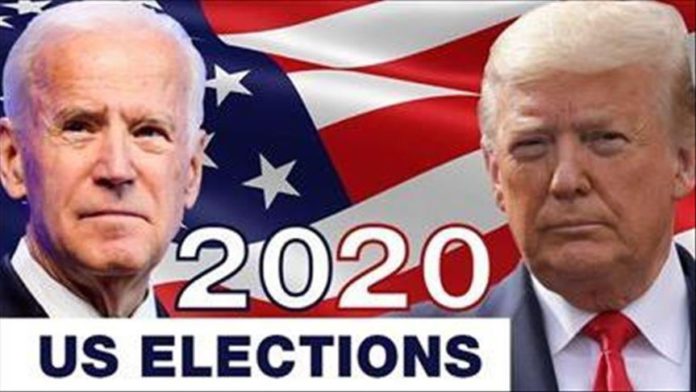 Black votes are up for grabs in the US presidential election – just about a month away, on Nov. 3 – but the candidates have failed so far how to address racial and socioeconomic issues to win the votes of African-Americans, including at Monday’s widely criticized televised debate, according to experts.

“What we saw the other night was not a debate, it was a disaster. Neither [candidate] articulated explicitly about Black people,” Ian Rowe, a resident fellow in Domestic Policy Studies at American Enterprise Institute, said during a webinar “How will Black voters influence the 2020 election?” held by the Washington-based Brookings Institution late Wednesday.

Rowe said the key for African-Americans is how they will use their power to vote in elections, and hold future presidents accountable, adding: “Everything starts with education, it is the key policy.”

Rashawn Ray, a fellow in Governance Studies at Brookings, said another key issue is the representation of Black communities, noting that of the some 200 judges President Donald Trump appointed to the bench in his nearly four years in power, “only about 4%” were Black.

He said policing and wealth are two other issues that Black people care about, as police brutality has become a hot topic of debate since the May 25 killing of George Floyd in Minneapolis, Minnesota while in police custody. Floyd had spent nearly nine minutes with a police officer kneeling on his neck.

As for wealth, Ray argued that African-Americans had benefited little from the Payment Protection Program (PPP), which provided loans to businesses to guarantee workers eight weeks of paychecks amid the coronavirus pandemic.

“Black businesses were overwhelmingly closed during COVID-19. We wanted to hear [from candidates] about investments in our communities. Neither side of the isle, whether Republicans nor Democrats, did do a good job encouraging Black people,” he told.

In the last presidential polls, in 2016, which brought Trump to power, the “black voter turnout rate declined for the first time in 20 years in a presidential election, falling to 59.6% in 2016 after reaching a record-high 66.6% in 2012,” the year Barack Obama won a second term in the Oval Office, according to the Pew Research Center.

137.5 million Americans voted in the 2016 presidential election, according to new data from the US Census Bureau. The number of Black voters declined, falling by about 765,000 to 16.4 million in 2016.

Andre M. Perry, a fellow in Brookings’ Metropolitan Policy Program, stressed that Black people have a higher percentage of debt than Whites.

“The Tax Cuts and Job Act in 2017 – that law will actually increase taxes for American households making below $30,000,” said Perry, referring to a law championed by Trump and passed by a Republican-dominated Congress, with no Democratic Party votes.

“That’s not inherently racist, but Black people are disproportionately poorer than everyone else, and that tax bill will hurt Black people in the long run,” he explained.

A recent study showed that around 61% of US households with children report facing serious financial problems during the coronavirus outbreak, such as children’s education, depleting savings, paying credit card bills and other debt, and affording medical care.

While 66% of Black and 86% of Latinos reported serious financial problems, 74% of households with children in US that have annual incomes below $100,000 report facing financial issues, according to a joint poll by National Public Radio, the Robert Wood Johnson Foundation, and the Harvard T.H. Chan School of Public Health earlier on Wednesday.

Chryl N. Laird, an assistant professor of Government and Legal Studies at Bowdoin College, said: “Black and Latino households bear the brunt of those hardships.”

She said women of color are particularly facing challenging times during COVID-19, including lost job opportunities, homelessness, and evictions.

Trump has long been dogged by charges of racism, and has a history of wooing votes from right-wing racists, including during this week’s debate, when he refused to denounce white supremacists. In response, Trump has frequently claimed to have done more for Black Americans than any other president.

US pours back to military bases in northeast Syria