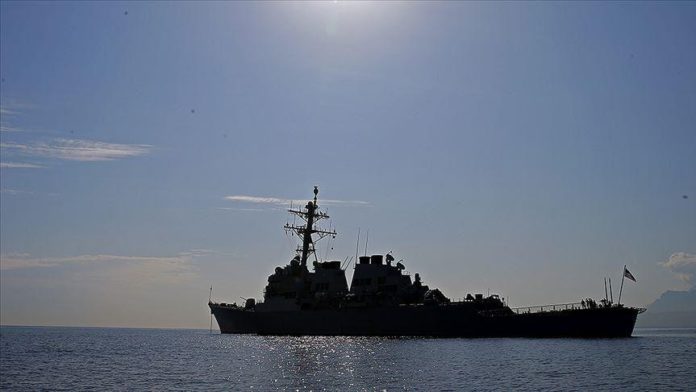 The US Navy is investigating apparent racism in an incident involving a Black sailor finding last week a noose on his rack aboard the guided-missile cruiser USS Lake Champlain.

The Naval Criminal Investigative Service (NCIS) said late Tuesday it has begun its own investigation, in addition to ship officers starting their own probe.

“NCIS is investigating an incident aboard USS Lake Champlain where an object resembling a noose was found in a berthing area … The Navy takes all allegations of sailor misconduct and racial discrimination seriously,” Cmdr. Nicole Schwegman said in a statement.

There were no charges filed as of Tuesday.

NCIS said its officials interviewed some crew members of the ship during the weekend, and this led to a suspect who claimed he left the noose on the rack of the Black sailor as a joke.

The incident came as the US Navy is about to release its much-awaited report on race, diversity, and inclusion that started last year amid racial justice protests across the US.

A noose is a loop at the end of a rope in which the knot tightens under load. It was the main object used during the segregation era lynching in the US.

The object is often left as a message to intimidate people, while it is illegal to display a noose in a threatening manner in the states of Virginia, New York, and Connecticut.