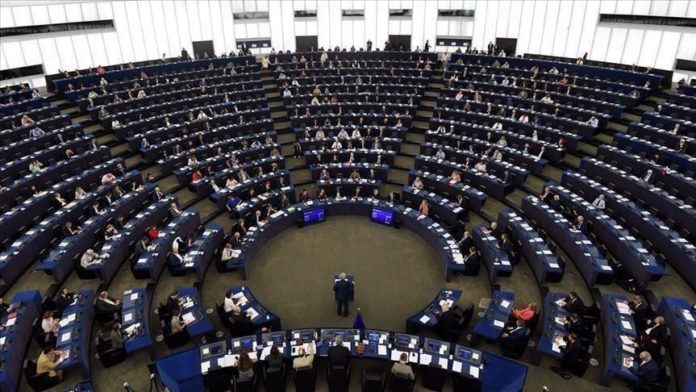 A Black member of the European Parliament claims that she was harassed by the Brussels police.

Pierrette Herzberger-Fofana, a 71-year-old German lawmaker said that police brutally handled her near the Northern Railway Station of Brussels on Tuesday.

“It would not happen to white members of European Parliament “she said while participating in a debate on the anti-racism on Wednesday.

The European Parliament’s plenary session had been discussing anti-racism in the wake of protests ragging many cities across the globe following the death of George Floyd in the US.

She said the incident happened when she saw nine police officers harassing two Black youngsters walking out from the train station.

She started to film the event with her mobile phone when four of the officers approached and brutally pushed her against the wall.

The lawmaker said that policemen also grabbed her phone, made her spread her legs, and tried to frisk her.

When the lawmaker identified herself, policemen did not believe her in the beginning, despite showing them her badge and other official documents.

Tine Destrooper, professor of the University of Ghent, who witnessed the incident said she had also decided to take pictures after witnessing a Black woman being violently pushed against the wall.

Law enforcement officers often stop people, even journalists from filming police checks and makes them erase pictures in Belgium. However, human rights advocates claim that filming activities of police are not against the law.

“In European Union, there is no place for racism or any kind of discrimination, this is for sure”, Ursula von der Leyen, president of the European Commission said on Wednesday.

Tens of thousands of people have taken to the streets all over Europe to show their solidarity with the Black Live Matter protests in the US.

The protests were ignited by the death of George Floyd, an unarmed African-American man who died on May 25 in the US city of Minneapolis, Minnesota, after an arrest during which an officer knelt on his neck for nearly nine minutes.

All features of Hagia Sophia to be 'better preserved'