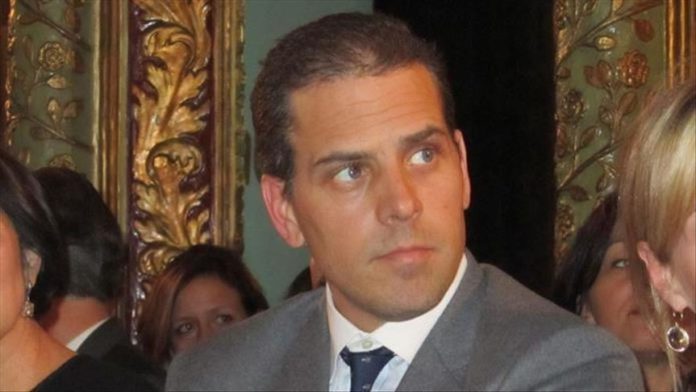 The role of Hunter Biden, the son of US Democratic nominee Joe Biden, in Ukrainian natural gas firm Burisma Holdings was “problematic,” according to a report released Wednesday by the Senate Homeland Security and Finance committees.

The 87-page report reported by Fox News, claimed that officials with the former Barack Obama administration already “knew” the situation and that the younger Biden’s position interfered “in the efficient execution of policy with respect to Ukraine.”

“This investigation has illustrated the extent to which officials within the Obama administration ignored the glaring warning signs when the vice president’s son joined the board of a company owned by a corrupt Ukrainian oligarch,” it said.

Biden joined the company in 2014 when he was reportedly helping fight corruption charges in Ukraine at a time when his father was in charge of US-Ukraine relations.

His work for Burisma cast more doubts and was placed under investigation during US President Donald Trump’s impeachment process last year, when the Bidens denied any wrongdoing.

“Even though Hunter Biden’s position on Burisma’s board cast a shadow over the work of those advancing anticorruption reforms in Ukraine, the Committees are only aware of two individuals who raised concerns to their superiors,” the report said. “Despite the efforts of these individuals, their concerns appear to have fallen on deaf ears.”

Report claimed the younger Biden “formed significant and consistent financial relationships” with Mykola Zlochevsky, the founder of Burisma, and Zlochevsky and his business partner, Devon Archer’s firms, “made millions of dollars from that association” while his father was vice president.

The committees also said they obtained records from the US Treasury Department that “show potential criminal activity relating to transactions among and between Hunter Biden, his family, and his associates with Ukrainian, Russian, Kazakh and Chinese nationals.”

The heads of both committees said their investigation “faced many obstacles” from Democrats and that their counterparts “failed to comply with document requests,” according to Fox News.