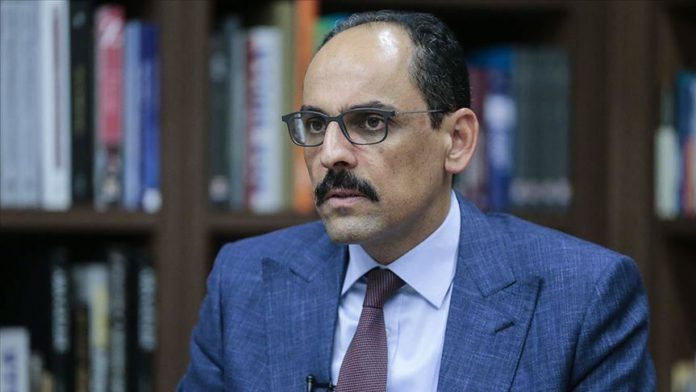 Turkey’s presidential spokesman on Sunday defied Joe Biden, the current front-runner in the US electoral race, who in a newly revealed video said he would seek a regime change in Turkey and could support opposition to topple President Recep Tayyip Erdogan in 2023 elections.

“The analysis of Turkey by Joe Biden was based on pure ignorance, arrogance and hypocrisy,” Kalin said on Twitter.

“The days of ordering Turkey around are over. But if you still think you can try, be our guest. You will pay the price,” he confronted Biden.

Fahrettin Altun, head of Turkey’s Communications Directorate, had also hit back at Biden’s remarks, saying the video clip “reflected the games being played over Turkey and their interventionist attitudes.”

The remarks by the presumptive US Democratic presidential candidate drew harsh criticism of all segments of Turkish political actors including both government and opposition.

Turkey and the US relations have recently been at odds due to a number of reasons such as former’s purchase of Russian S-400 missiles and counter-terrorism operations in northern Syria where the latter equips the YPG — Syrian branch of PKK terror group responsible for death of tens of thousands of Turkish citizens — with weapons.