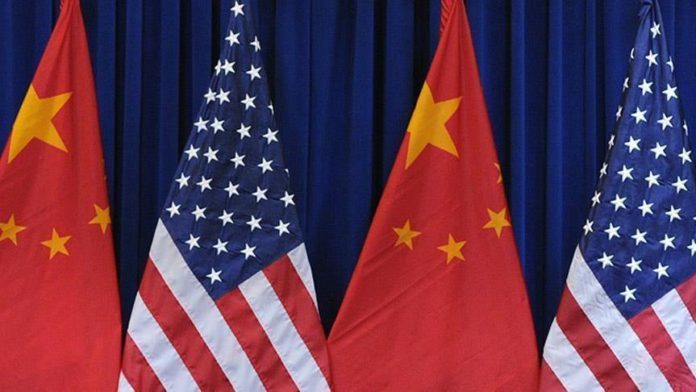 China on Friday said that three of the four priority areas, as set out by the US-President-elect Joe Biden, are providing space for cooperation.

“The most pressing task at the moment is to jointly tackle the pandemic,” China’s State Councilor and Foreign Ministry Wang Yi told a virtual event hosted by the US-based Asia Society.

Wang said the other two areas where the US and China can cooperate are economic recovery and climate change.

The two countries are currently witnessing a historic low in bilateral relations.

“China-US relations have spiraled down, to the lowest level since the establishment of diplomatic relations, 41 years ago which is not helpful, when global efforts are needed to overcome difficulties,” Wang said.

He said China-US confrontation would “spell disaster for humanity as a whole”.

The Chinese minister said the two countries should focus on “cooperation and manage differences, rebuild mutual trust through dialogue to advance world peace and development”.

He insisted any progress in the bilateral relations would mean mutual respect.

Wang said 2020 might have seen the “greatest damage to international relations” while calling out arbitrary foreign interference in internal affairs and the use of sanctions.

“Protectionism is jeopardizing the global trade,” he noted, urging “collaboration with each other and other nations”.

“China follows an independent foreign policy based on five principles of peaceful co-existence and we have no intention to compete for hegemony,” Wang said.

“We don’t export our system or model nor do we seek influence [in other nations],” he added.

The Chinese foreign minister said the country’s focus is on “development of the nation and win-win cooperation” with other countries.

Without naming anyone, Wang, however, said some countries were doing strategic miscalculations by targeting China.

“They insist China is the main threat [but] it is wrong,” he asserted, adding: “Taking on China is going in a wrong direction, China is not, was not and will not be a threat.”

Referring to the targeting of the Communist Party of China (CPC), Wang said: “Attack on CPC is an attack on 1.4 billion Chinese people. It is not going to succeed… it is doomed to fail.”

According to Wang, the systems in the two countries “are chosen by their people and are deeply rooted in historical and cultural traditions [of the respective nations].”

“China was once buoyed by western powers [but] those days are long gone,” he said criticizing what he termed as an “attempt to build an international coalition against China.”

Brushing aside criticism over the rights situation in Uyghur Muslims-dominated Xinjiang region and Buddhist-dominated Tibet, he described them as false narratives.

Referring to trade-related US restrictions, the Chinese minister called for dialogue and said that the market not imposed deals drive the trade.

“There are no winners in trade wars. Pressurizing others with tariffs will only hurt oneself in the end. The two sides need to remove man-made barriers, “he said.

“China will continue to grow… It is a matter of time when trade imbalance is eased,” the Chinese top diplomat said urging the US to stop “overstretching notion of national security”.

On maritime issues in the South China Sea, Wang said: “We need to turn frictions into cooperation in the region”. He said China will continue to work with other countries to maintain freedom of navigation under international law. He added that China will speed up cooperation with the ASEAN nations.

Meanwhile, in a separate statement, China insisted that Beijing is “committed to the principle of non-interference” terming any claims about “influencing US presidential elections are completely fabricated.”

“I reiterate that China is committed to the principle of non-interference. Claims about China influencing U.S. presidential elections are completely fabricated,” the country’s Foreign Ministry Spokesman Wang Wenbin told a news conference on Thursday.