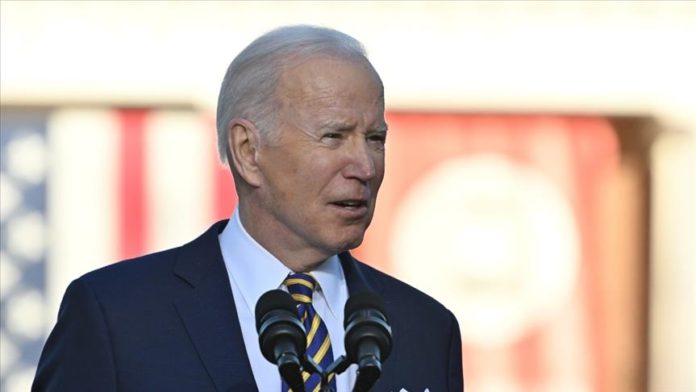 US President Joe Biden walked back comments about a Russian “minor incursion” in Ukraine after Kyiv sharply rebutted the suggestion amid Western fears of a looming invasion of the former Soviet republic.

Addressing reporters during a rare two-hour press conference, Biden indicated on Wednesday that what he described as a “minor incursion” into Ukraine would result in less stiff Western penalties than a “full-blown war,” but said he is working to ensure that NATO allies are “on the same page.”

The comments led to a swift rebuke from Ukraine where President Volodymyr Zelenskyy said in a tweet: “We want to remind the great powers that there are no minor incursions and small nations.”

“Just as there are no minor casualties and little grief from the loss of loved ones. I say this as the President of a great power,” he said.

Biden told reporters Thursday he has “been absolutely clear with President Putin. He has no misunderstanding: Any, any assembled Russian units move across the Ukrainian border, that is an invasion,” referring to Russian President Vladimir Putin.

“Let there be no doubt at all: If Putin makes this choice, Russia will pay a heavy price,” he said in the Cabinet Room, echoing warnings he made the previous day when he suggested he believes Putin will invade Ukraine to some extent.

The US alongside its European allies has been warning that Russia is setting the stage for an invasion of Ukraine and has pre-positioned more than 100,000 troops on its border with the former Soviet republic alongside significant artillery and tank deployments. Moscow has denied it is preparing for a military offensive, saying its troops are there for regular exercises.

Russian forces have also amassed in ally Belarus, just north of Ukraine. The Kremlin has maintained that there too troops are taking part in exercises.