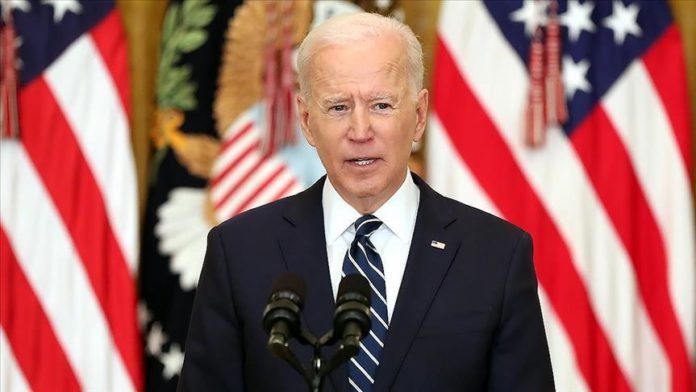 US support for Ukraine will not waver, President Joe Biden told his Ukrainian counterpart on Friday amid a reported buildup of Russian forces near Ukraine’s eastern border.

During a telephone call with Ukrainian President Volodymyr Zelensky, Biden “affirmed the United States’ unwavering support for Ukraine’s sovereignty and territorial integrity in the face of Russia’s ongoing aggression in the Donbas and Crimea.”

“He emphasized his administration’s commitment to revitalize our strategic partnership in support of President Zelenskyy’s plan to tackle corruption and implement a reform agenda based on our shared democratic values that delivers justice, security, and prosperity to the people of Ukraine,” the White House said in a statement.

The call comes as Russia has amassed its forces near Ukraine’s east where it is supporting separatist rebels that have waged a bloody insurgency since 2014.

Kremlin spokesman Dmitry Peskov said Russia moved its armed forces within its territory “at its own discretion.”

“It shouldn’t bother anyone, it doesn’t pose any threat to anyone. The Russian Federation is taking the necessary measures to ensure the security of its borders,” said Peskov.

Nonetheless, Moscow’s actions have drawn a fierce backlash from Ukrainian officials, including Zelensky, who said on Thursday that his country is “always ready” to face provocations.

“Muscle-flexing in the form of military exercises on the border with #Ukraine is an attempt to put pressure in the negotiations on cease-fire,” Zelensky said on Twitter, adding the Ukrainian army has not “only strength and power, but also wisdom and balance.”

Along with militarily supporting separatist rebels in the Ukrainian region known as the Donbas since 2014, Russia that year also seized and annexed Ukraine’s Crimean Peninsula after sending troops there and staging a referendum. The vote has been widely dismissed by the West as window dressing to provide cover for Russia’s actions .