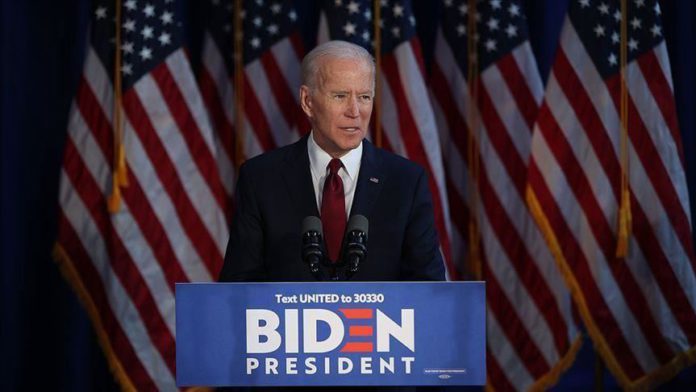 LONDON – US Democratic presidential candidate Joe Biden pledged to support the Republic of Ireland and the Good Friday Agreement in Northern Ireland if elected president, his campaign said in a statement issued over the weekend.

The statement pointed out how Biden “has often spoken of how being of Irish descent has shaped his life.”

As both a senator and vice president, the statement said Biden worked closely with the Friends of Ireland Caucus in Congress to advocate for a “strong American role in promoting the peace process in Northern Ireland and supported the negotiating effort of Senator [George] Mitchell that led to the Good Friday Agreement.”

It said Biden is committed to protecting the Good Friday Agreement and preventing a hard border on the island of Ireland post-Brexit.

In a section titled “What Joe Biden Will Do,” the statement said: “Joe Biden will support active US diplomatic engagement to advance the Northern Ireland peace process, and will ensure that there will be no US-UK trade deal if the implementation of Brexit imperils the Good Friday Agreement.”

Britain’s highly controversial UK Internal Market Bill threatens a hard border on the island of Ireland by overriding key parts of the UK’s Withdrawal Agreement with the European Union. Britain has also admitted that the bill breaches international law.

On the Republic of Ireland, the statement said: “Joe Biden will work closely with Ireland in the UN Security Council, of which Ireland will be a member in 2021-22, as he works to address global challenges like climate change, the global pandemic and non-proliferation.”

The statement included a quote from a speech Biden gave as vice-president in Dublin on June 24, 2016: “It was in Scranton where I [was] born that I inherited my mother’s side of the family’s overwhelming pride in being Irish, a pride that spoke to both continents, a heart and soul that drew from the old and new.”

US: Police violence against blacks in near history

OPINION – US keeps complicit silence on Cuban Embassy attack in...