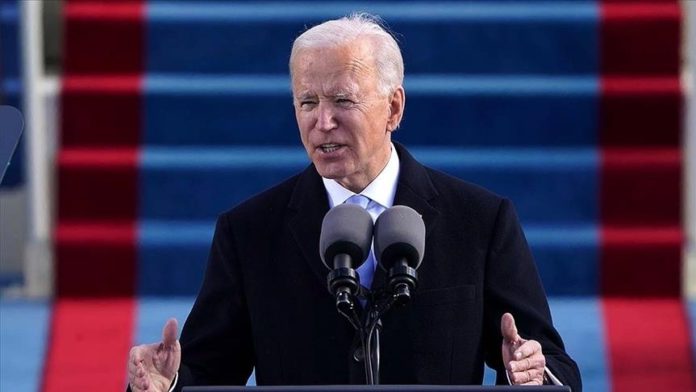 US President Joe Biden on Sunday urged Serbia to recognize Kosovo in a letter to Aleksandar Vucic, the country’s president.

“We remain steadfast in our support for Serbia’s goal of European integration and encourage you to continue taking the hard steps forward to reach that aim – including instituting necessary reforms and reaching a comprehensive normalization agreement with Kosovo centered on mutual recognition,” he wrote in the letter in relation to Statehood Day of Serbia, which is on Feb. 15.

Reacting to the message, Vucic said Serbia is ready to continue dialogue with Kosovo, but it will not recognize it.

Mutual recognition of Serbia and Kosovo does not stand in any act of any world organization, he said, adding that he understands that this is a new American policy, according to Tanjug, a Serbian state news agency.

“There was an attempt to impose that term as something that we should have accepted as the final solution in Washington. I have already said once in person about the recognition, and my answer will not be different,” he said.

Last September, Serbia and Kosovo agreed to take steps towards economic cooperation in agreements signed at the White House. Serbia, however, had turned down mutual recognition.

Kosovo declared independence from Serbia in 2008. Most UN member states recognize it as an independent country. Belgrade, however, maintains that it is a breakaway province and has worked to roll back its recognition.

The EU has been leading negotiations between the two sides for nearly a decade.

Washington, which has recently sought a role in the process, hopes that economic cooperation could help set them on the road for a normalized relationship.