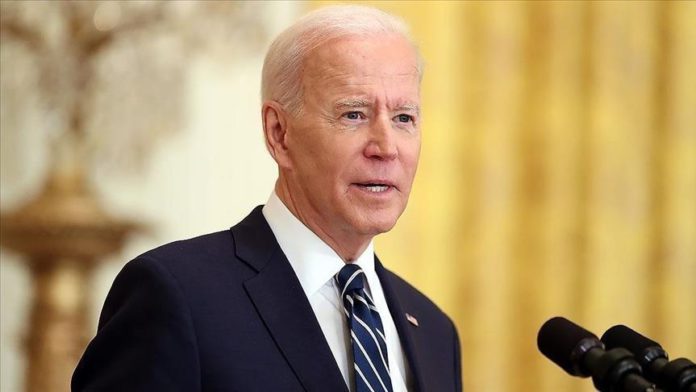 US President Joe Biden on Tuesday expressed concerns about Russia’s military build-up on the Ukrainian border during a telephone call with his Russian counterpart, according to the White House.

“The President voiced our concerns over the sudden Russian military build-up in occupied Crimea and on Ukraine’s borders, and called on Russia to de-escalate tensions,” the White House said in a statement.

During the conversation, Biden emphasized the US’ unwavering commitment to Ukraine’s sovereignty and territorial integrity.

“Biden also made clear that the United States will act firmly in defense of its national interests in response to Russia’s actions, such as cyber intrusions and election interference,” said the statement.

Biden and Vladimir Putin also discussed a number of regional and global issues, including the intent of the US and Russia to pursue a strategic stability dialogue on a range of arms control and emerging security issues, building on the extension of the New START Treaty.

The president also “reaffirmed his goal of building a stable and predictable relationship with Russia consistent with U.S. interests, and proposed a summit meeting in a third country in the coming months to discuss the full range of issues facing the United States and Russia,” it said.

Tension is high in the region as the US said Russia is amassing its forces on Ukraine’s eastern border at a level unseen since 2014 when it seized Ukraine’s the Crimean Peninsula and annexed it in violation of international law.