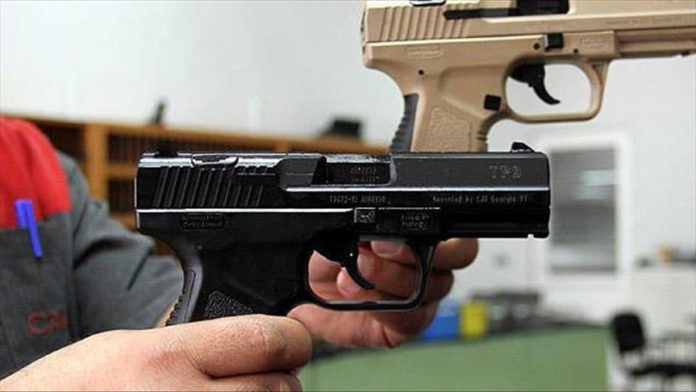 US President Joe Biden announced a “comprehensive strategy” Wednesday to combat gun violence and other crimes across the country, which has been hit by a surge in shootings since the start of the COVID-19 pandemic.

Speaking at the White House after a roundtable meeting aimed at curbing violent crimes, Biden first touched on gun dealers, saying 90% of the illegal guns that were found at crime scenes were sold by 5% of gun dealers.

“And these merchants of death are breaking the law for profit. They’re selling guns that are killing innocent people. It’s wrong. It’s unacceptable,” said the president.

Biden said the Department of Justice will launch a “major crackdown” to stem the flow of guns used to commit violent crimes.

“If you willfully sell a gun to someone who is prohibited from possessing it, if you willfully fail to run a background check…my message to you is this: We’ll find you, and we will seek your license to sell guns.

“We’ll make sure you can’t sell death and mayhem on our streets. It’s an outrage. It has to end, and we’ll end it. Period,” he said.

“With these strike forces, local and federal law enforcement and prosecutors are going to be able to better coordinate the prosecution of illegal gun trafficking across city and state lines,” said Biden.

As a third measure as part of his strategy, the president announced funding for states, cities and counties, and tribes for law enforcement and crime prevention.

“Amid the COVID-19 pandemic, they’ve had to deal with a second public health crisis: gun violence. The American Rescue Plan, which we passed in the first 100 days of my administration, is providing much-needed, historic relief to bring back those law enforcement jobs and social service jobs,” he said.

For the fourth measure, the president said he discussed the need to support community violence intervention, which are local programs that utilize trusted community members and leaders to work with people who are most likely to commit gun crimes or become victims of gun crimes.

“We know who they are. They intervene before it’s too late — these interrupters — turn down the temperature, halt the cycle of retaliation, connect people to social services. And it works,” said Biden.

He also noted that community violence intervention programs have shown a reduction in violence of up to 60% in many places.

Biden concluded his strategy with calling for a united effort to reduce gun violence.

“We have an opportunity to come together now — as Democrats and Republicans, as fellow Americans — to fulfill the first responsibility of government and our democracy: to keep each other safe. Enough.”