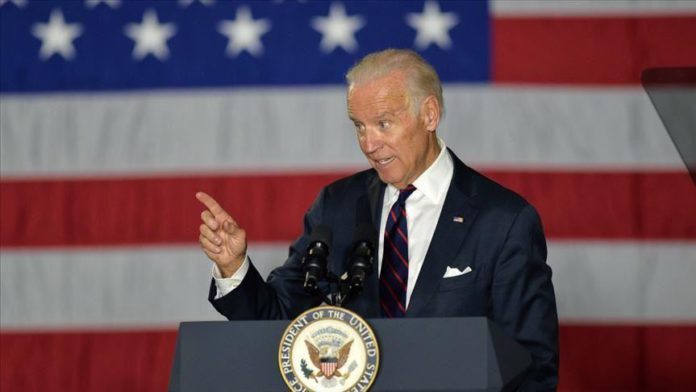 US President Donald Trump will attempt to steal the presidential election in November, according to former vice president and presumptive Democratic nominee Joe Biden.

“It’s my greatest concern, my single greatest concern. This president is going to try to steal this election,” Biden said during an interview on “The Daily Show with Trevor Noah” late Wednesday.

He said Trump wanted to suppress voting rights by opposing mail-in voting amid the coronavirus pandemic that has infected more than 2 million people in the US.

“This is a guy who said that all mail-in ballots are fraudulent, voting by mail, while he sits behind the desk in the Oval Office and writes his mail-in ballot to vote in a primary,” he said.

Biden said he believes there is a possibility that Trump will refuse to leave office but he thinks the military would step in and escort him out if Trump did not acknowledge elections results.

The former vice president’s remarks were dismissed Thursday by White House spokeswoman Kayleigh McEnany who described them “a ridiculous proposition.”

“This president is looking forward to November, this president is hard at work for the American people. Leave it to Democrats to go out there and grandstand and level these conspiracy theories,” she told Fox News.

US senator: I'll be shocked if Kim Jong-un is not dead