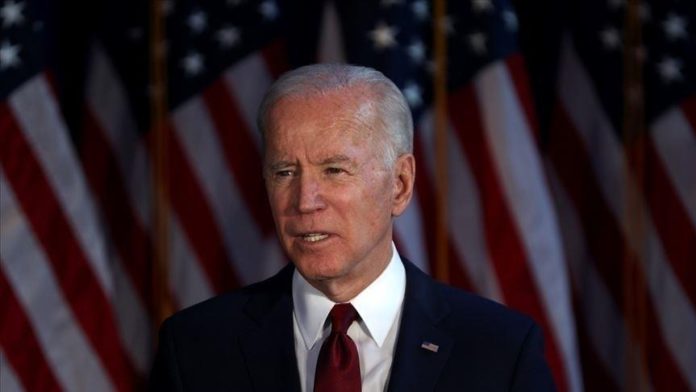 US President Joe Biden is set to tell the American people on Wednesday that he will not pass the conflict in Afghanistan on to his successor.

“We cannot continue the cycle of extending or expanding our military presence in Afghanistan hoping to create the ideal conditions for our withdrawal, expecting a different result,” the president is set to say, according to excerpts from his prepared remarks distributed by the White House.

“I am now the fourth American president to preside over an American troop presence in Afghanistan. Two Republicans. Two Democrats. I will not pass this responsibility to a fifth,” he will add.

Biden is expected to formally announce that he has ordered the withdrawal of all US forces from Afghanistan by Sept. 11.

A senior administration official who briefed reporters on condition of anonymity on Tuesday said the president is firm on bringing US forces to zero by the 20th anniversary of the Sept. 11, 2001, terror attacks but added the withdrawal could be completed “well in advance” of that date.

The decision is set to end the US’ longest-running conflict. Nearly 2,400 service members were killed and more than 20,000 injured during the 20-year war.

Biden’s plan will, however, run afoul of a US-Taliban agreement brokered under former President Donald Trump that called for the full US exit to be completed no later than May 1.

The Taliban has threatened to resume attacks against US and partner forces if the deadline was not met.

The official warned against any such action as the process to pull US and NATO forces from the county proceeds, saying any attacks “on US troops will be met with a forceful response.”

Biden has repeatedly hinted in recent weeks that the Trump administration-negotiated deadline would not be met, saying on March 25 it would be “hard to meet” that timeline.

While combat forces will be removed under Biden’s plan there will still be some US troops to protect diplomatic personnel at its embassy after the withdrawal is completed. The Biden administration is currently in the midst of planning that force posture, and the official said the process will continue amid the withdrawal.

Normally, US Marines are tasked with protecting US diplomatic facilities abroad.

Asked why the deadline is being moved so far ahead of the previous May timeline when the US could remove its troops before that, the official said the extra time is to allow all NATO forces “the time and space they need to conduct a safe and orderly withdrawal.”