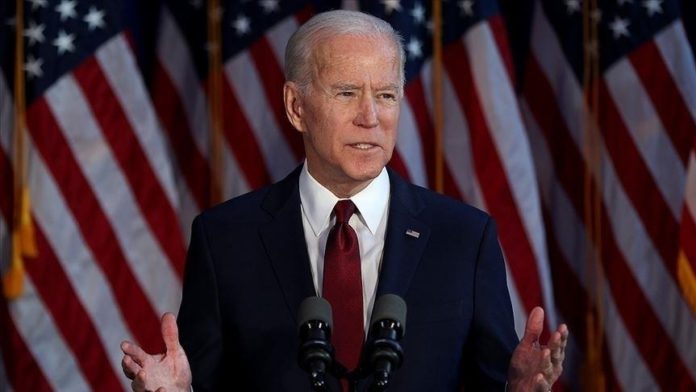 President Joe Biden said Saturday that the US would make an announcement regarding relations with Saudi Arabia.

His remarks came one day after the US intelligence released a report about the murder of Jamal Khashoggi, formally blaming Saudi Arabian Crown Prince Mohammed bin Salman for the grisly killing of the journalist.

“There will be an announcement on Monday as to what we are going to be doing with Saudi Arabia generally,” Biden said at the White House when asked if there will punishment for the crown prince, the Kingdom’s de facto ruler.

Released by the office of the Director of National Intelligence, the report concluded that bin Salman approved “to capture or kill” Khashoggi since he considered him a “threat to the kingdom” and also approved the use of violent measures if necessary to silence him.

The Saudi Foreign Ministry issued a statement rejecting the report, describing it as “negative, false and unacceptable,” adding that it contained “inaccurate information and conclusions.”

Of the 15 people who comprised the Saudi team sent to Istanbul in 2018, seven were from the RIF, according to the report.

Biden has faced criticism for falling short of punishing the crown prince, with the Washington Post saying: “In the end, however, the U.S.-Saudi relationship under Mr. Biden may look much like it did before the Trump administration.”

Khashoggi was brutally killed and likely dismembered after being lured by Saudi officials to their consulate in Istanbul in October 2018. While Riyadh initially denied any role in his death, it later sought to pin blame on what it said was a botched rendition operation.