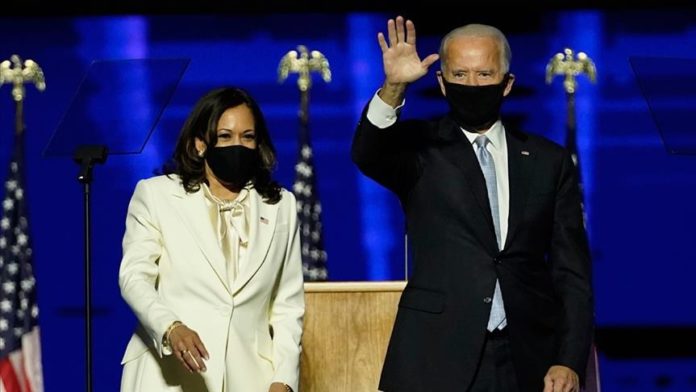 President Joe Biden appointed Vice President Kamala Harris to lead the US response to an ongoing surge of migrants arriving at the country’s southern border.

Harris is being tasked with heading up the Biden administration’s diplomatic efforts with Central American countries and Mexico, part of which will include pushing them to accept returnees and increasing immigration enforcement within their borders.

The announcement comes as the Biden administration has struggled to grapple with the massive migrant influx. The White House announced Monday it is embarking on a radio and social media campaign aimed at discouraging migrants from traveling to the US amid the coronavirus pandemic.

The US-Mexico border remains closed to non-essential travel, but unaccompanied minors seeking to enter the US are being allowed.

Biden said Harris is “the most qualified” person to head the response to the dramatic uptick in people arriving from the Northern Triangle — El Salvador, Guatemala and Honduras — and Mexico.

Biden said the surge is largely due to former President Donald Trump’s decision to eliminate funding to those governments that was intended to improve the lives of their citizens and give them incentives to stay instead of taking the perilous journey to the US.

“The best way to keep people from coming is keeping them from wanting to leave,” the president said as he met with top officials at the White House. “The last administration eliminated that funding, did not engage in it, did not use it even though there was over $700 million to help get this done. We’re reinstituting that program.”

Biden said there was a “serious spike” in the number of people heading to the southern border under Trump, despite what Biden called his “draconian” policies, including separating migrant parents from their children.

“This new surge we are dealing with now started with the last administration, but it is our responsibility to deal with it humanely, and to stop what’s happening,” he said.