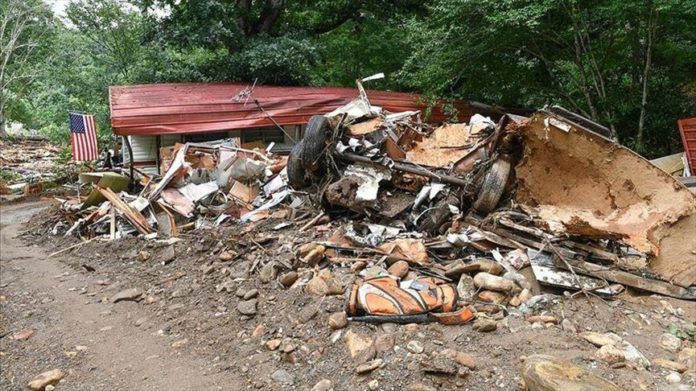 US President Joe Biden visited on Tuesday flood ravaged areas in New York and New Jersey after Hurricane Ida’s remnants led to strong downpours that sent deluges through the areas, and caused tornadoes.

Biden met with some of the families who were affected by the onslaught, saying residents in Manville, New Jersey were faced with “incredible” levels of damage while emphasizing the need to boost federal spending on infrastructure to cope with more frequent extreme weather caused by climate change.

“For decades, scientists have warned of extreme — weather would be more extreme and climate change was here, and we’re living through it now. We don’t have any more time,” Biden said while meeting with local leaders in New Jersey.

Biden’s $1 trillion infrastructure bill has already passed the Senate but is awaiting a vote in the Democratic-controlled House that is expected to take place later this month.

The White House requested at least $24 billion from Congress on Monday to help fund recovery efforts from Ida and prior natural disasters, including Hurricanes Laura and Delta.

Acting Office of Management and Budget Director Shalanda Young said in a blog post “there are remaining unmet needs, as well as more recent and immediate needs such as those stemming from ongoing wildfires and Hurricane Ida.”

Roughly 50 people were killed from the Gulf Coast through the northeast last week after Ida made landfall in Louisiana, with over half of all deaths being recorded in New York and New Jersey.

Biden visited Louisiana on Friday, and surveyed damages there, and met with survivors.