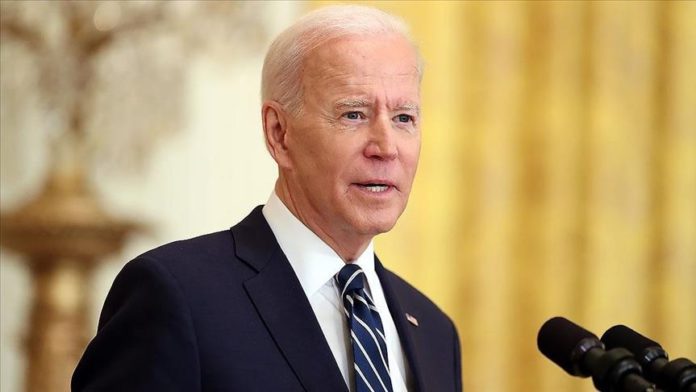 The president was referring to laws enacted largely in the southern US following the end of slavery that were intended to enforce racial segregation.

Biden said Republican state legislatures are now in the midst of an “un-American” push that seeks to “intimidate voters and imperil impartial poll workers,” calling the effort “the most significant test of our democracy since the Civil War.”

“They want to make it so hard and inconvenient that they hope people don’t vote at all. That’s what this is about,” Biden charged during a speech in Philadelphia, Pennsylvania. “The 21st century Jim Crow assault is real. It’s unrelenting. And we’re gonna challenge it vigorously.”

The laws are being enacted following Biden’s defeat of former President Donald Trump in November’s election, as well as major Democratic gains in key swing states, including Georgia where they laid claim to two Senate seats long held by Republicans.

Trump and his political allies have made claims of sweeping voter fraud as the reason for the losses, but neither Trump’s Justice Department nor several top elections officials in key battleground states corroborated the claims. And the former president has not presented any evidence to back up his claims.

Rebuffing suggestions of voter fraud, Biden said “no other election has ever been held under such scrutiny and such high standards.”

“The big lie is just that— a big lie,” he said to raucous applause at the National Constitution Center. “In America, if you lose, you accept the results. You follow the Constitution, you try again. You don’t call facts fake, and then try to bring down the American experiment just because you’re unhappy. That’s not statesmanship.”