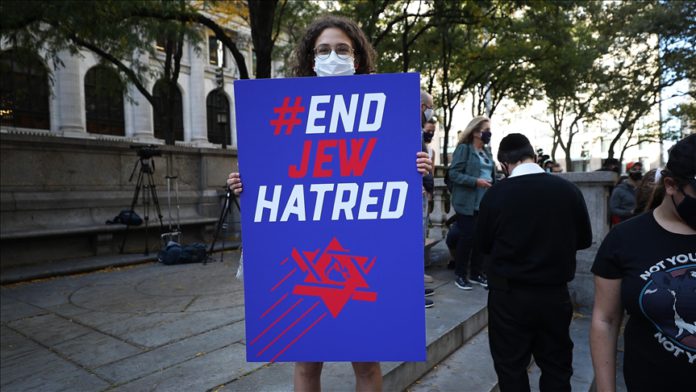 US President Joe Biden sharply denounced on Friday a dramatic spike in anti-Semitic attacks aimed at “targeting and terrorizing” Jewish-Americans.

Biden pointed to attacks that have taken place across the country from New York City to Alaska, including one in which a swastika was carved into a door on a Salt Lake City, Utah synagogue on May 16.

“These attacks are despicable, unconscionable, un-American, and they must stop,” the president said in a statement. “I will not allow our fellow Americans to be intimidated or attacked because of who they are or the faith they practice. We cannot allow the toxic combination of hatred, dangerous lies, and conspiracy theories to put our fellow Americans at risk.”

Attacks on Jewish-Americans skyrocketed amid tensions in Israel and Palestine as Israeli forces sought to forcibly remove Palestinian residents in East Jerusalem, and carried out raids on the Al-Aqsa mosque in Jerusalem’s Old City.

Those tensions escalated into violence on May 10 when Israel began its offensive on the Gaza Strip in response to rocket fire from the besieged enclave. Hostilities came to an end when a ceasefire when into effect on May 21.

The Anti-Defamation League, a non-governmental organization that tracks anti-Semitic incidents, said preliminary data indicates the number skyrocketed from 68 during the week that began on May 3 and ended May 9, to 124 from May 17-23. During Israel’s two week offensive on Gaza anti-Semitic incidents jumped 75%, according to the group.

The anti-Semitic attacks have drawn sweeping condemnation, and Attorney General Merrick Garland announced on Thursday that the Justice Department would be using all of the tools at its disposal to stop the outbreak.