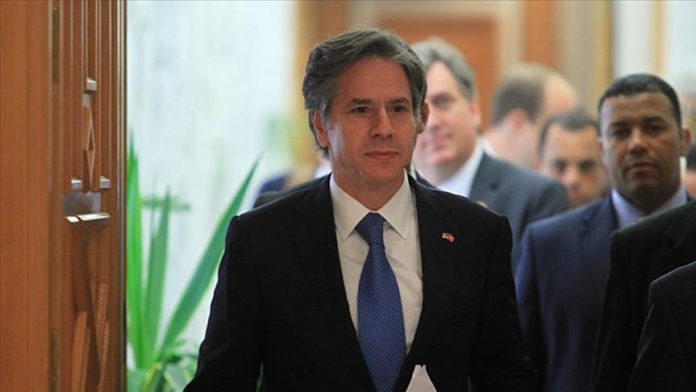 US President Joe Biden announced Monday he is sending his top diplomat to the Middle East to meet with top regional officials following last week’s ceasefire between Israel and Hamas.

Secretary of State Antony Blinken “will meet with Israeli leaders about our ironclad commitment to Israel’s security,” and will seek “to rebuild ties to, and support for, the Palestinian people and leaders, after years of neglect,” Biden said in a statement.

Blinken will also “engage other key partners in the region, including on the coordinated international effort to ensure immediate assistance reaches Gaza in a way that benefits the people there and not Hamas, and on reducing the risk of further conflict in the coming months,” added Biden.

Blinken will travel to Jerusalem, Ramallah, Cairo, and Amman beginning Monday, and ending on Thursday, according to the State Department.

In Israel, Blinken will meet with President Reuven Rivlin, Prime Minister Benjamin Netanyahu, Foreign Minister Gabi Ashkenazi, and other senior Israeli officials, according to the department.

Blinken will then travel to the occupied West Bank to meet with Palestinian Authority President Mahmoud Abbas, Prime Minister Mohammad Shtayyeh, and other senior Palestinian officials in Ramallah.

He will then depart for Cairo to meet Egyptian President Abdel Fatah al-Sisi and Foreign Minister Sameh Shoukry before visiting Jordan to meet King Abdullah and other top officials.

“The United States has engaged in intensive diplomacy to bring an end to the hostilities in Gaza. Secretary Blinken is traveling to the region to discuss essential follow-up efforts to consolidate the ceasefire and reduce risks of further conflict over the coming months,” State Department spokesman Ned Price said in a statement.