TurkishPress
Home News Biden says sending troops to Haiti 'not on the agenda at this... 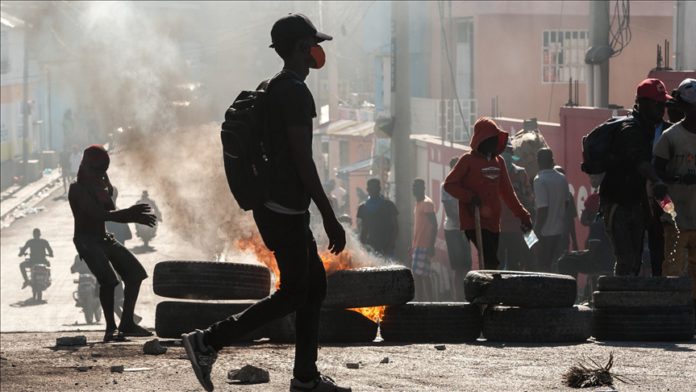 President Joe Biden formally ruled out sending American troops to Haiti on Thursday after the interim government there requested US forces be sent to the Caribbean nation amid an upheaval.

Widespread civil unrest and gang violence has swept Haiti in the aftermath of the July 7 assassination of former Haitian President Jovenel Moise, prompting the request for American forces to help stabilize the country last week.

Asked about the possibility of sending troops to Haiti, Biden ruled it out, at least for now.

“The idea of sending American forces into Haiti is not on the agenda at this moment,” he said during a joint press conference with German Chancellor Angela Merkel.

The president said, however, that the US is redoubling its Marine presence at the US embassy in Port-au-Prince in order to bolster security at the diplomatic facility.

A group of 21 Colombians has been accused of raiding Moise’s home and shooting him 12 times last week. Eighteen have been detained and three were killed by police.

Families of some of the accused in Colombia told reporters that the men went to Haiti to work as bodyguards.

The Pentagon said Thursday that some of the Colombian suspects received military training from the US.

“A review of our training databases indicates that a small number of the Colombian individuals detained as part of this investigation had participated in past U.S. military training and education programs, while serving as active members of the Colombian Military Forces,” Pentagon spokesman Lt. Col. Ken Hoffman said in a statement.

Hoffman did not specify how many individuals received training but said the instruction “emphasizes and promotes respect for human rights, compliance with the rule of law, and militaries subordinate to democratically elected civilian leadership.”

The Defense Department’s review of the matter is ongoing, added Hoffman.

The recent events in Haiti have plunged the country into a leadership chaos.

Moise, 53, took office in 2017 after a contested election. After failing to hold elections, the opposition had been demanding he step down.

One day before his death, Moise appointed a new prime minister who was due to take office later that week with current Prime Minister Claude Joseph stepping down. Joseph has said the law indicates that he should remain prime minister until elections are held.