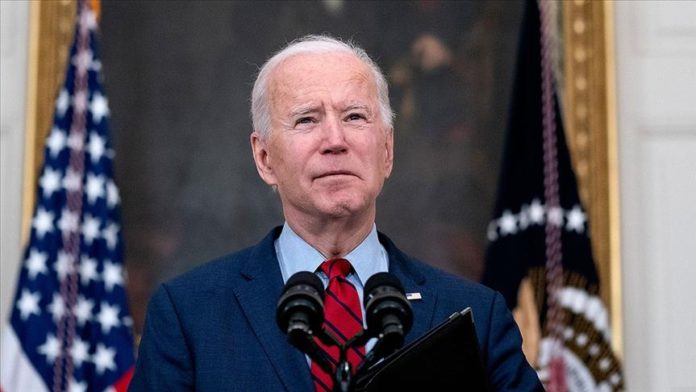 US President Joe Biden said Friday he would send American troops to Eastern Europe and NATO countries, days after the Pentagon put thousands of troops on heightened alert amid tensions between Russia and Ukraine.

“I’ll be moving US troops to Eastern Europe and the NATO countries in the near term. Not a lot,” Biden told reporters at Joint Base Andrew following his trip from Pittsburg, Pennsylvania.

Biden’s remarks come four days after the Pentagon said 8,500 troops have been put on heightened alert in the US in case NATO activates its Response Force or if the security situation in Europe further deteriorates.

Defense Department spokesman John Kirby said the troops are primarily ground forces who could bring a host of capabilities to the European theater if needed, including logistics, medical, aviation, intelligence, surveillance and reconnaissance and transportation.

The decision to put forces on standby comes amid growing tensions in eastern Europe as the West and NATO accuse Russia of preparing for an invasion of Ukraine. Russia has amassed more than 120,000 troops on its border with the former Soviet republic alongside a mass deployment of tanks and artillery.

A similar buildup has been seen in Belarus, just to the north of Ukraine.

In both cases, Russia denies it is preparing an invasion and maintains its forces are there for regular exercises.