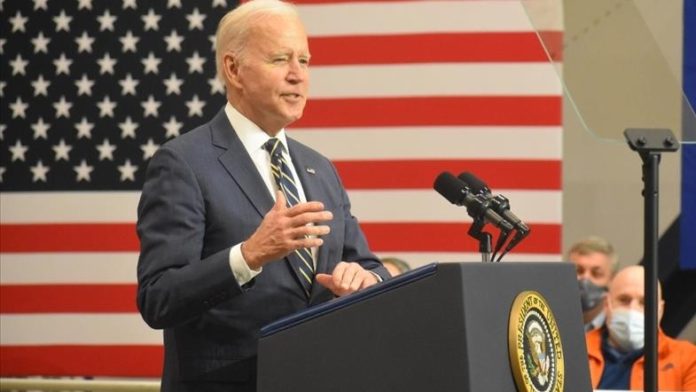 President Joe Biden announced on Monday that he is designating Qatar as a major non-NATO US ally “to reflect the importance of our relationship.”

Speaking alongside Qatari Emir Sheikh Tamim Bin Hamad al-Thani at the White House, Biden said Doha has been “central to many of our most vital interests,” including aiding the US mission in Afghanistan, particularly August’s evacuation effort, providing assistance to the besieged Gaza Strip, and “keeping pressure” on Daesh/ISIS.

The US president said he is notifying Congress of the upgraded relationship, which he said is “long overdue.”

The US and Qatar are marking the fiftieth anniversary of their bilateral relationship, and al-Thani said that he would address “the equal rights of the Palestinian people” during his meeting with Biden, as well as “other issues in the region.”

The White House has billed the bilateral meeting as an opportunity for the US and Qatari leaders to address both regional and global issues “of mutual interest,” including global energy supplies, aiding the Afghan people, and strengthening the bilateral economic relationship.

That includes a deal just inked at the White House for Qatar’s flagship carrier to purchase up to 50 Boeing 777-8 Freighters, including 34 firm 777-8 orders and an additional 16 purchase right options. The deal also includes General Electric 90 engines for two 777 freight aircraft.

The agreement is valued at over $6.8 billion.

The deal is being billed as an effort to expand Qatar Airways’ already industry-leading freight operations, with CEO Akbar al-Baker noting in a statement that the airliner “has ambitious plans for the future of its cargo operations.“