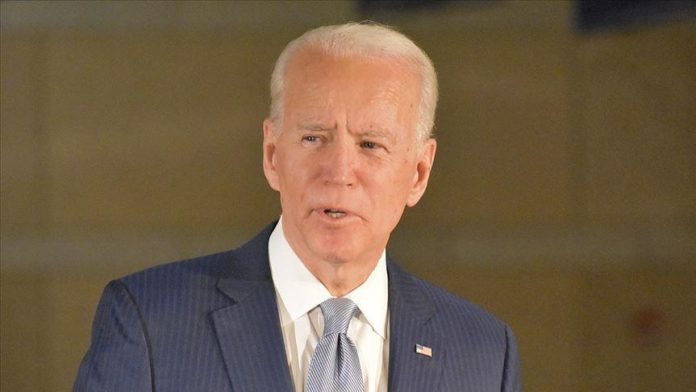 US President Joe Biden announced Thursday that he will nominate a Supreme Court justice to replace outgoing Justice Stephen Breyer by the end of February.

The president re-committed publicly to ensuring that whoever he nominates will be a Black woman, a pledge he made on the presidential campaign trail.

“Choosing someone to sit on the Supreme Court, I believe, is one of the most serious constitutional responsibilities a president has,” Biden said in remarks at the White House alongside Breyer. “Our process is going to be rigorous. I am going to select a nominee worthy of Justice Breyer’s legacy of excellence and decency.”

Biden said having a Black female Supreme Court justice is “long overdue,” and pledged to work with a wide assortment of individuals in making his selection, including Democratic and Republican senators, as well as scholars and lawyers and Vice President Kamala Harris.

Any nominee will be subject to Senate approval. The chamber is currently evenly split between the parties with Harris holding the power of a tie-breaking vote but Biden was adamant that he would make a decision “not only with the Senate’s consent, but with its advice.”

The president thanked Breyer for his decades of public service that predates his time on the top court, calling him an “exemplary justice” who is committed to “making the country’s laws work for its people.”

Breyer, 83, had just moments earlier released a letter officially announcing his retirement, saying it will be effective when the court takes its summer recess in June or July.

“I enormously appreciate the privilege of serving as part of the federal judicial system — nearly 14 years as a Court of Appeals Judge and nearly 28 years as a Member of the Supreme Court. I have found the work challenging and meaningful,” he wrote. “Throughout, I have been aware of the great honor of participating as a judge in the effort to maintain our Constitution and the rule of law.”

US offers condolences to Morocco over death of child in well