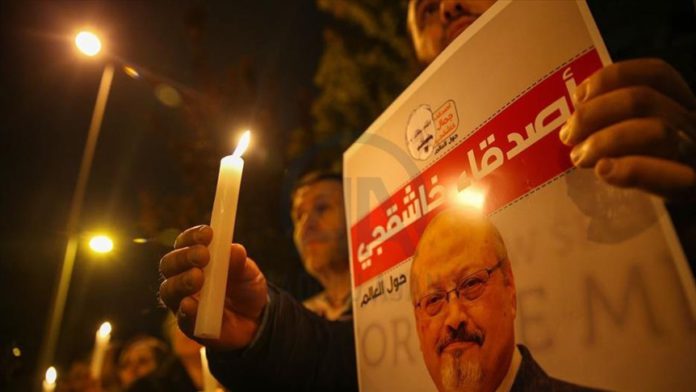 US President Joe Biden said Wednesday he has read the intelligence community’s assessment on the culpability for the death of slain Washington Post columnist Jamal Khashoggi.

The report from the Office of the Director of National Intelligence is expected to be released in an unclassified form as early as Thursday with the expectation that it will conclude that Saudi Crown Prince Mohammed bin Salman, the Kingdom’s de facto ruler, was directly responsible for Khashoggi’s murder.

Former President Donald Trump had consistently sought to shield bin Salman from being blamed for the grisly murder and had bucked US law mandating the report’s release to lawmakers.

Director of National Intelligence Avril Haines committed during her confirmation hearing to following the law by providing Congress with the report.

Biden said he would soon speak with Saudi King Salman but did not specify a date after reports indicated the call could happen Wednesday.

Khashoggi was brutally killed and likely dismembered inside the Saudi consulate in Istanbul, Turkey in October 2018, and while Saudi officials initially denied any role in his death, they later sought to pin blame on what they said was a botched rendition operation.

That explanation has been widely rejected by both the UN and a wide group of US lawmakers. The CIA reportedly concluded the month after Khashoggi was murdered that bin Salman directly ordered his killing in a report that remains classified to this day.

CNN reported earlier Wednesday that documents filed as part of an unrelated lawsuit in Canada allege that the two private jets used by the Saudi kill team were owned by a company seized by bin Salman.

Bin Salman controls the fund, formally known as the Public Investment Fund, as its chairman.