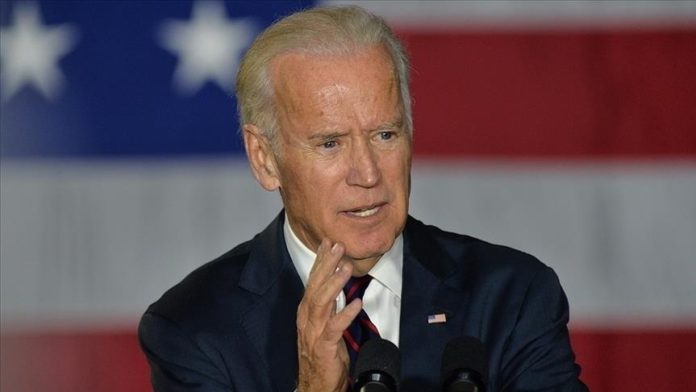 US President-elect Joe Biden detailed his plan Friday to resuscitate the US economy as it continues to falter from the effects of the ravaging coronavirus.

Biden told reporters in his home state of Delaware he would again seek $2,000 checks for most Americans when he takes office Jan. 20. An earlier effort was blocked by Senate Republicans after it cleared the Democratic-controlled House of Representatives.

The incoming president said he would seek to have lawmakers appropriate billions of dollars in assistance to struggling state and local governments, and said the price of the aid package would be “high,” but maintained the cost is necessary.

The announcement comes as the US reported a loss of 140,000 jobs in December as the pandemic hit new highs in deaths and daily cases, prompting state and local governments to enact stricter measures to rein in the virus.

The jobs report marks the first time in eight months the US shed instead of added employment.

“The anxiety and fear of the women and men out there reminds me of when President Obama and I were sworn in during the Great Recession in 2009. This December jobs report shows millions of Americans are still hurting through no fault of their own,” Biden said, also lending his support to increasing the minimum wage to $15 per hour.

He announced his picks to lead his economic team, rounding out his Cabinet nominees, including Rhode Island Governor Gina Raimondo to lead the Commerce Department, Boston Mayor Marty Walsh to helm the Labor Department and former Small Business Administration official Isabel Guzman to lead that agency.