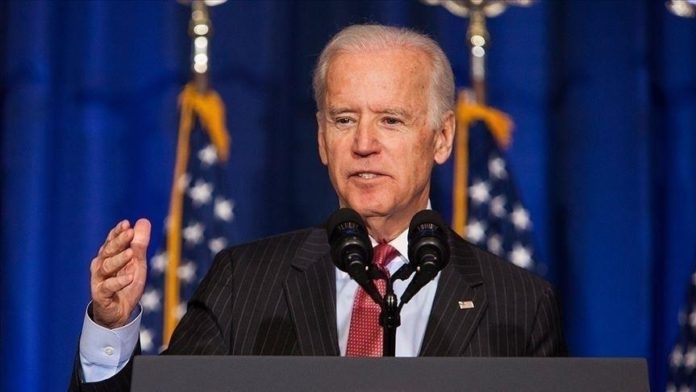 US President-elect Joe Biden said returning to the 2015 Iran nuclear deal would be the best way to prevent a nuclear arms race in the Middle East.

After President Donald Trump withdrew the US from the agreement – formally known as the Joint Comprehensive Plan of Action – in 2018, Biden said the US would rejoin and expand the deal if Tehran returns to “strict compliance.”

Returning to the deal would be “the best way to achieve getting some stability in the region,” Biden told New York Times columnist Thomas Friedman in an interview published Wednesday, adding that the last thing the US wants in the region is “a buildup of nuclear capability.”

President Barack Obama, whom Biden served as vice president, lifted sanctions on Iran in return for stopping its nuclear program, and Biden said in the interview that Tehran would still be subject to “snapback sanctions” if it flouts the deal.

An attempt by the US earlier this year to impose such sanctions went nowhere, as Washington had already withdrawn from the deal.

The president-elect also warned that Iran acquiring nuclear weapon capability would trigger an arms race with other powers in the Middle East, including Saudi Arabia, Turkey, and Egypt.

No immediate action on China tariffs

Biden also said was not in a hurry to remove the tariffs on China imposed by Trump.

“I’m not going to make any immediate moves, and the same applies to the tariffs,” Biden said, adding he would first monitor the Phase 1 trade deal inked between the US and China in January, which requires Beijing to purchase around $200 billion in additional American goods in two years.

On Wednesday the US House of Representatives passed a bill to remove Chinese companies from US stock exchanges if they do not fully comply with financial regulations on transparency and auditing.

Since the bill passed the US Senate in May, it will next head to the White House, where Trump is expected to sign it into law.