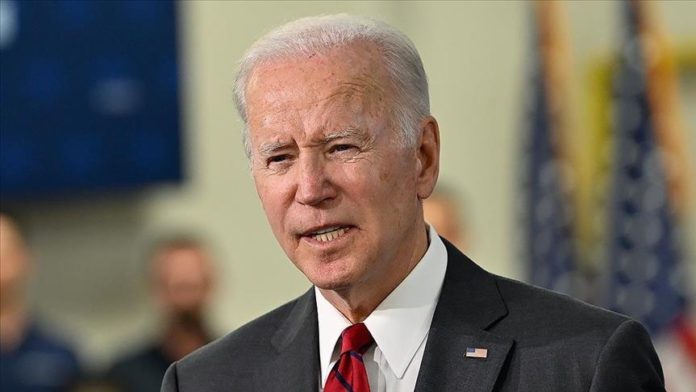 President Joe Biden on Monday rebuffed reports that the US is preparing to send advanced long-range rocket systems to Ukraine.

“We are not going to send to Ukraine rocket systems that can strike into Russia,” Biden told reporters at the White House.

His denial came days after multiple reports cited administration officials as saying the US is preparing to send new weaponry to Ukraine including Multiple Launch Rocket Systems, or MLRS.

According to CNN, the American MLRS can rain rockets hundreds of kilometers (miles) away, more than any capabilities now owned by Ukraine. Ukrainians say it would be a game-changer in its efforts to fight off Russia.

The US has been stepping up its assistance for Ukraine since the war began on Feb. 24, but so far has avoided any move that might cause a confrontation with Russia.

According to some Biden administration officials, providing Ukraine with long-range rockets is a matter of concern as Ukraine might fire them into Russian territory, which could eventually lead to a major escalation between the two major powers.

Moscow is currently pressing the war in eastern Ukraine.

More than 4,000 civilians have been killed and nearly 5,000 others injured in Ukraine since the war began, according to UN estimates. The true toll is believed to be much higher.