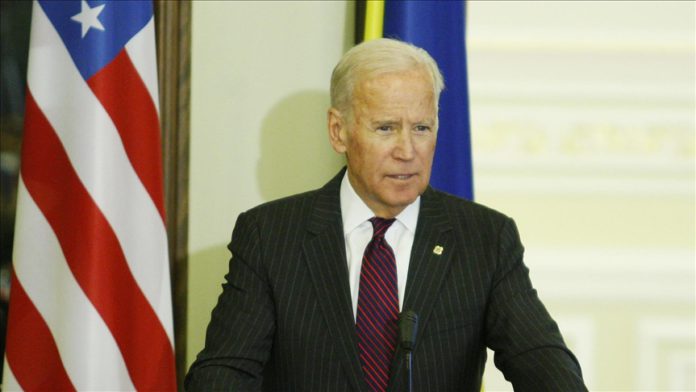 US President Joe Biden warned Russia on Thursday that he is ready to take further actions if Moscow continues to “interfere with our democracy” but held out hope for improved ties.

The warning came shortly after the US imposed sanctions on dozens of Russian individuals and companies and expelled 10 Russian diplomats in retaliation for the Kremlin’s efforts to influence US elections and a sweeping cyberattack the US blames on Moscow, in which it estimates that 16,000 computer systems, including those of federal agencies, were affected.

Biden said it is his “responsibility as president of the United States to” retaliate if Russian President Vladimir Putin chooses to escalate but maintained that Washington “is not looking to kick off a cycle of escalation and conflict with Russia.”

“The United States is not looking to kick off a cycle of escalation and conflict with Russia. We want a stable, predictable relationship,” he said at the White House. “Throughout our long history of competition, our two countries have been able to find ways to manage tensions and to keep them from escalating out of control.”

Biden said during a Tuesday telephone call with Putin he was clear “that we could have gone further, but I chose not to do so. I chose to be proportionate.”

“When I spoke to President Putin, I expressed my belief that communication between the two of us personally and directly was to be essential in moving forward to a more effective relationship,” said Biden.

Part of that includes a proposal Biden made to hold a summit in Europe this summer where the leaders could hash out their differences and work on areas of cooperation.

“Out of that summit, if it were to occur, and I believe it will, the United States and Russia could launch a strategic stability dialogue to pursue cooperation in arms control and security,” said the president.

“We can address critical global challenges that require Russia and the United States to work together, including reining in nuclear threats from Iran and North Korea, ending this pandemic globally and meeting the existential crisis of climate change,” he added.

The call and Biden’s comments come amid what the US and NATO have said is Russia’s amassing of forces along its border with Ukraine at a level unseen since 2014, when it occupied and later annexed Ukraine’s Crimean Peninsula and began its support for separatist forces in the eastern Ukrainian region known as the Donbas.

Biden said he “strongly urged” Putin “to refrain from any military action” amid the Russian force buildup, maintaining that “now is the time to de-escalate.”

“The way forward is through thoughtful dialogue and a diplomatic process. The US is prepared to continue constructively to move toward that process,” he said.