TurkishPress
Home Americas US & Canada Biden on Trump releasing his taxes: 'When? Inshallah?' 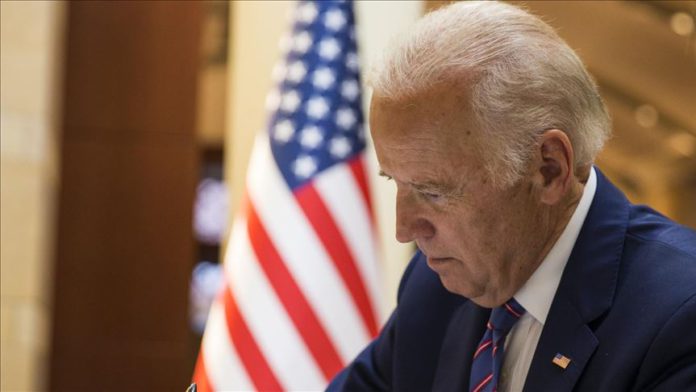 Democratic presidential nominee Joe Biden cast doubt during Tuesday night’s debate on whether US President Donald Trump would ever release his tax returns.

“You’ll get to see it,” Trump said repeatedly as moderator Chris Wallace pressed him to commit to a firm timeline. Biden retorted, “When? Inshallah?”

Trump has refused to voluntarily release his income taxes, which had been a presidential custom stretching back decades.

The New York Times reported Monday that Trump did not pay any federal income taxes in 10 of the last 15 years. It said the former businessman paid just $750 in federal income tax in 2016 and another $750 in 2017, the year he took office.